"We don't want to be a mining town" - Prince Albert residents 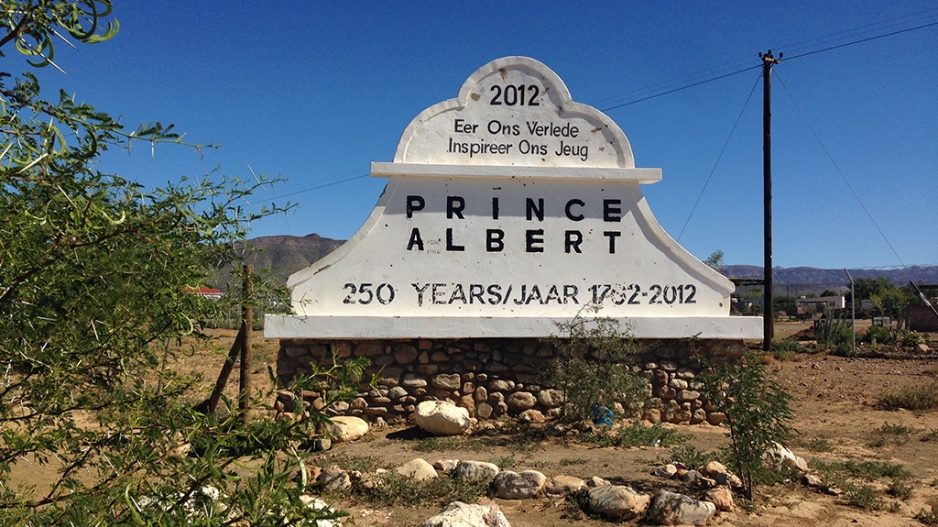 The small town of Prince Albert in the central Karoo will fall into part of the southern block area for a new uranium mine planned for the area.

PRINCE ALBERT – Old buildings, fig trees, livestock farms and olive groves, all sitting in the shadow of the Swartberg mountain range - this is Prince Albert, a small town in the central Karoo.

Home to just 13,136 people, there is one main road that runs through the town. It’s filled with guesthouses, a small hotel, restaurants, quaint shops and art galleries.

Some say they love it because it’s the Franschoek of the Karoo.

However residents are concerned that their property investments in the picturesque town could become worthless if plans for a uranium mine proceed.

Click here to read more about the new mining operation.

Australian company Peninsula energy plans to mine 7,509 square kilometres of the central Karoo in two phases.

“We don’t want to be mining town, we know what a mining town looks like,” said resident Marlene Malan. Watch a clip from the interview below:

Malan said that they’ve noticed small changes in the town for some time.

“It’s a while now that we’ve been feeling, like, what’s going on here?” she said.

“First it was the fracking business … less than a month before our comments have to be in we hear it’s actually uranium.

“Uranium is serious. We are talking about radioactive stuff.”

Malan attended the public participation meeting in Prince Albert in February along with about 50 other residents.

Tim van Stormbroek, of Ferret Mining and Environment Services facilitated the meeting and explained to residents that no mine planning had been submitted for the Southern Block, which Prince Albert falls into.

“For this reason the Department of Mineral Resources may simply reject the application or it could become part of the project area,” he said.

PHOTO: The map below shows the application farms and infrastructure in the Southern Block. The closest farm to Prince Albert is about 4km away. Credit: Tasman RSA mines

Jordi van Hasselt, a local farmer, raised a number of concerns about groundwater, specifically regarding the risk of contamination of radioactive water should there be flooding. Watch a clip from the discussion below:

In the environmental impact assessment, flooding is noted as a potential activity which could cause contamination, “Normal storage of product being subjected to floods causing contamination.”

Click here to read more about the possible environmental contamination.

Residents have until 15 March to submit comments about the planned mine.