We have gone beyond the call of the Freedom Charter to support students: Zuma 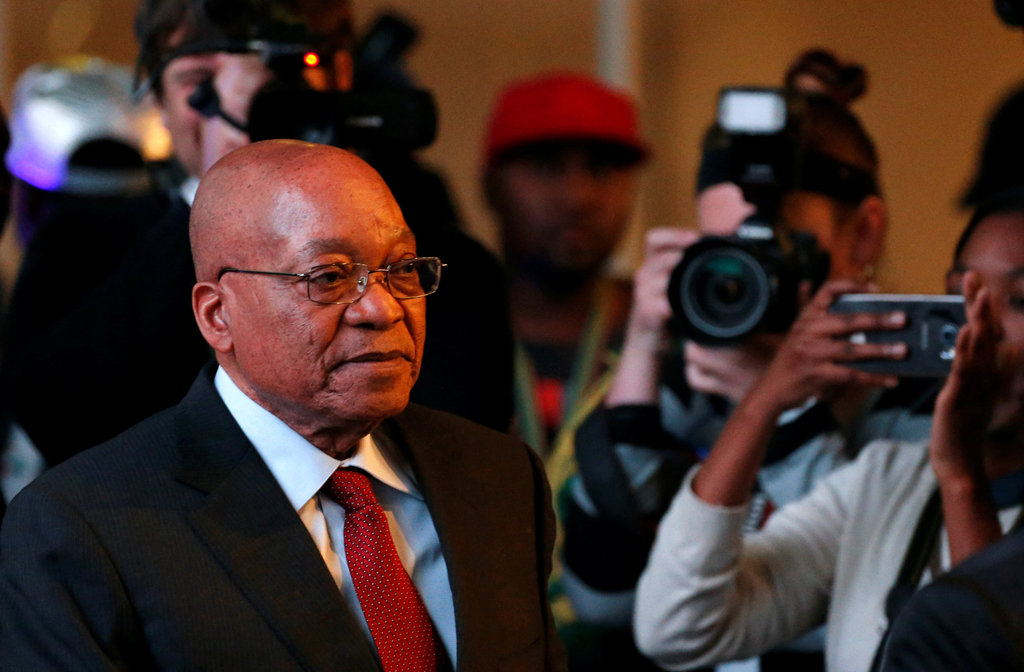 President Jacob Zuma arrives for the official announcement of the munincipal election results at the result centre in Pretoria, August 6, 2016.

PRETORIA - President Jacob Zuma has shown support for the Fees Must Fall mission.

While addressing the heads of mission conference in Pretoria on Tuesday, he described the current turmoil in the country as democracy in action and urged students to protest within the limits of the law.

“We are not opposed to the call. We support it. It is a noble call. We urge them to support the orderly process and processes of finding solutions to this important challenge,” Zuma said.

“There is therefore no need for violence and the kind of protests we have seen, which give an impression that students think the government is opposed to what they are asking for.

“We are not opposed to the call, we support it. It is a noble call. We also urge them to support the orderly processes of finding solutions to this important challenge.”

At @DIRCO_ZA's head office awaiting an address by President Jacob #Zuma to the Heads of Missions Conference. #eNCA pic.twitter.com/O0YyC6HfOC

Zuma said, however, the protesting students should “not break doors that are already open”.

He cautioned that the police would continue to arrest people responsible for criminal acts during the protests.

“It is however worrying that genuine concerns regarding high tertiary education fees are hijacked for wrong ends, and involve particularly violence, arson and various forms of destruction of property. We have to ensure that universities complete the 2016 academic programme while we are still finding medium to long-term solutions,” said Zuma.

“Minister in the Presidency Jeff Radebe is leading efforts to support the minister of higher education and universities to stabilise universities and support students who want to write exams and ensure that the academic year is not lost.

“The police will also continue to ensure that those who use genuine grievances to promote criminal acts are arrested and face the full might of the law,” Zuma said.