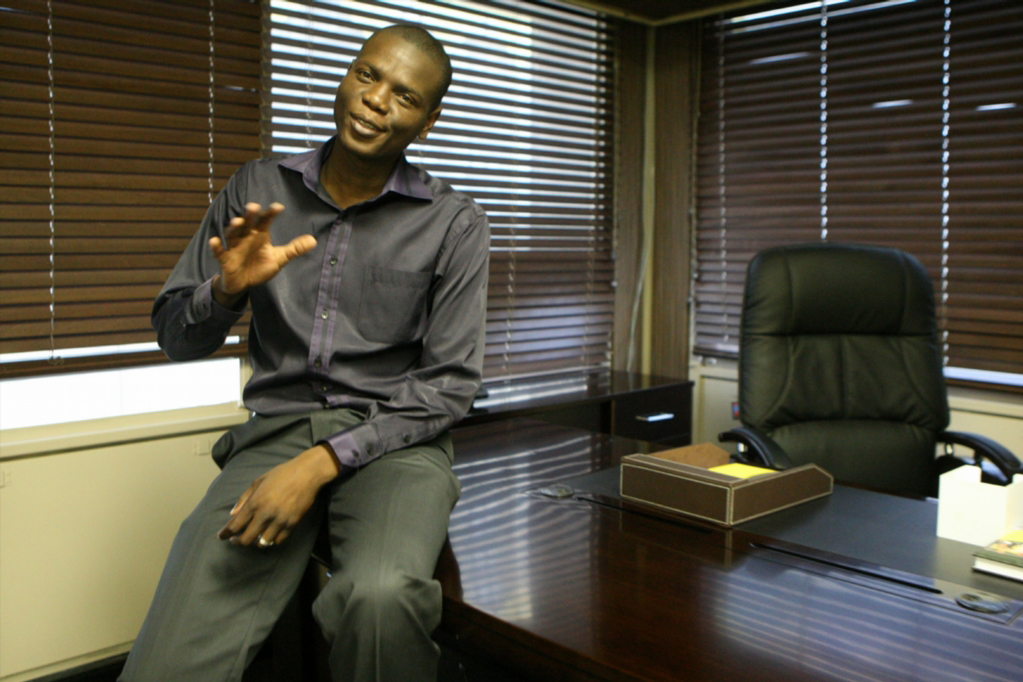 FILE image of then ANC Youth League acting president Ronald Lamola during an interview on March 12, 2013 in Johannesburg.

“These seminars we are having, I told the co-ordinator that I’m tired of this. I have run many political lectures. I think it’s now time for mass action in this country. It’s no longer time for sitting, speaking, phoning to radio stations, and (posting on) Facebook. It is now time for members of the ANC to say the ANC cannot continue like this,” Lamola said at a seminar on state capture hosted by the SA Association of Public Administration and Management (SAAPAM) in Pretoria.

“It is also time for South Africans to stand up and say ‘we must recapture the state for ourselves, for the benefit of the poor, working class and the youth of this country’.”

Lamola said the ANC’s top structure, the National Executive Committee “is not the ANC”.

“The ANC is not the NEC, but it is its members. I don’t think all members of the ANC have been captured. That is why ANC members all over the country are now standing up and saying ‘enough is enough, this cannot continue to happen in our name’. For the past 20 years, South Africans had outsourced their political responsibilities to certain forces that they hoped would resolve their challenges. We have resorted to only go and vote, and that is the only participation we make in our democracy,” said Lamola.

“The next participation we might do, with the advent of Twitter and Facebook, will be on Facebook where we are lamenting, plus these talk shows on radio stations and these seminars we are having.”

Lamola said even during his days at the helm of the ANCYL, he had been critical of incidents of state capture, the Marikana “massacre” and the “monopoly of white capital”.

“The reason I clarify on this issue of Marikana and the landing of the (Gupta plane at Waterkloof Air Force Base), is because ourselves we were very clear, you can Google it. We were the first people to call that Marikana incident a massacre, inside the ANC. I am demystifying this thing so that my children and future generations must not go and urinate on my grave saying ‘what did you do when the country was descending into chaos’,” said Lamola.

Last weekend, Lamola and others protested outside the Saint George Hotel where the NEC members where meeting.

“This is the last warning shot to the ANC. If they don’t fire or remove him this weekend society must stand up and remove him,” he said at the time.

Some placards at the protest read: “We want Zuma out”, “Third force is Guptas”, and “Save the soul of the ANC”.

The NEC’s scheduled meeting at the weekend followed a turbulent week for the ruling party.

Deputy Finance Minister Mcebisi Jonas dropped a bombshell on Wednesday by confirming reports that the wealthy and influential Gupta family, whom Zuma acknowledges as friends, had approached him to take over as finance minister a few days before the president fired Nhlanhla Nene from the post.

However, on Thursday, Zuma told Parliament that the Gupta family had never appointed any Cabinet minister.

Also last week, former ANC MP Vytjie Mentor said Zuma was present several years ago when the Guptas offered her the post of public enterprises minister, held at the time by Barbara Hogan.

On Sunday, the Sunday Times reported that former Government Communication and Information System (GCIS) CEO Themba Maseko had directly implicated Zuma in a push to give government business to the Gupta family.

The newspaper reported that Maseko was called by Zuma prior to a meeting with the Guptas in Saxonwold, Johannesburg, and asked to “help them”.

At the meeting, Ajay Gupta reportedly wanted government advertising to be channelled to The New Age newspaper. According to the newspaper, Gupta said: “… tell us where the money is and tell departments to give you money; if they refuse we will deal with them. If you have a problem with any department, we will summon ministers here.”

The events have sparked intensive discussions on social networks by South Africans under the viral hashtag StateCapture.