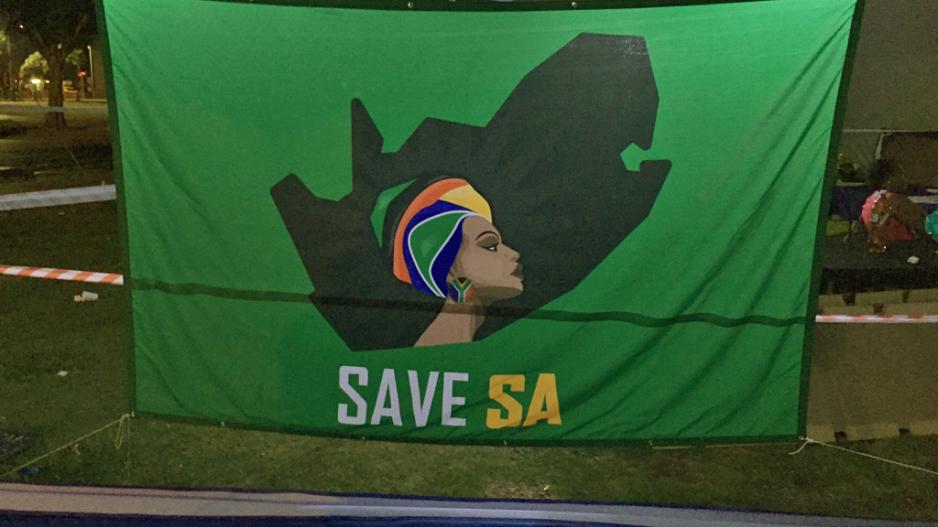 05 April 2017 - Civial society group Save SA calls on South Africans to join Friday's march to the Union buildings in Pretoria, calling for President Jacob Zuma to step down.

The civil society group is warning that the country is on the brink of disaster.

#FreedomFriday If you care about the future of ----become an active citizen & lets get out in our thousands. RT TO SUPPORT. #SAFirst ------------ pic.twitter.com/7jOUg5kIN7

Thousands turned up at its gathering in Port Elizabeth on Tuesday. Police estimate the number of people to have been around 5,000.

Save SA is one of the groups calling for the president to step down.

It blames him for Standard and Poor's downgrade of South Africa's investment grade status to junk.

"The downgrade that has been caused by Zuma is an assault on the poor. If you have a job today the security of the job has gone out of the window. Business confidence has dropped, which means that therefore there's going to be reduced investment and therefore no new jobs," said Save SA's Sipho Pityana.

"Unemployment will increase, workers will be retrenched, factories will be shut down."

"This is a horror show, comrades and friends. And it was all brought to you by one man: Jacob Zuma."