We're not going to compromise like Madiba, says Malema 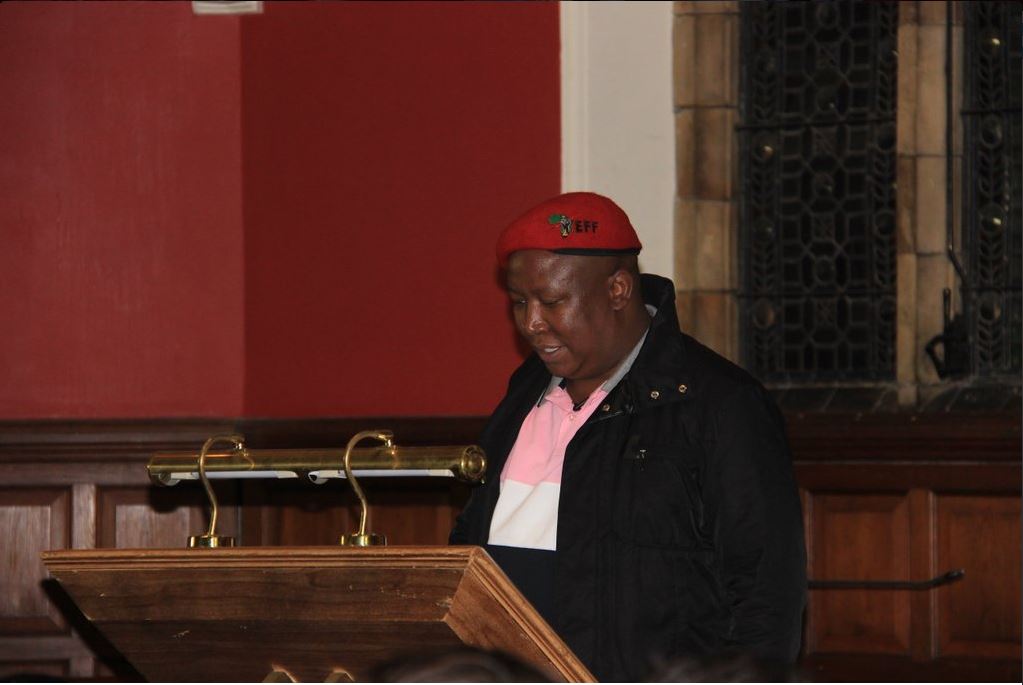 Malema told a gathering at the Oxford Union Society "the world's most prestigious debating society" as quoted by the website, that Nelson Mandela sold out on the Freedom Charter.

JOHANNESBURG - Julius Malema rocked the boat of the South African Chamber of Commerce (SACC) in London on Wednesday night.

Malema told a gathering at the Oxford Union Society -- the world&39;s most prestigious debating society, as quoted by the website -- that Nelson Mandela sold out on the Freedom Charter.

Malema: Mandela sold out Freedom Charter after separating with Winnie Mandela. He went to stay in the house given by white males who own SA

Malema: we will not compromise as Mandela did. Now is the time to stand up and continue with the road towards economic freedom EFFUKTour

Malema: the deviation from the Freedom Charter was the beginning of degeneration. EFFUKTour

Mandela: saying Mandela sold out for us is futile. Mandela knew that the struggle was incomplete. He left it for us. We will do it

He also took a swipe at BEE and other prominent South Africans.

Malema: we saying instead of BEE giving individuals like Ramaphosa shares, give them to workers who make your business what it is EFFUKTour

Malema: Ramaphosa only sells his political connection for BEE. That is how he got to kill 34 mineworkers in Marikana. Give shares to workers

Malema: Patrice Mostepe is rich but he did not invent anything. He just went to sell the color of his skin EFFUKTour

Malema: we hav people in SA assembling German cars they can&39;t buy. All we saying is pay workers well, they will take care of u EFFUKTour

@EconFreedomZA EFFUKTour now this is the man with the race card white ppl! Most of us ours can&39;t even get us a loaf of bread let alone land

@EconFreedomZA I like and support EFF but at times ull are irrelevant more especially youth! U don&39;t attend to things that matters to us!

@EconFreedomZA @mzwayi talk is cheap, disclose your financial income & I&39;ll see that you mean what you saying

According to Business Day, the EFF leader was asked by concerned members of the SACC in London to tone down his rhetoric, but he refused.

The paper reports that Malema and Investec’s Stephen Koseff had a "robust exchange".

According to Malema they found it interesting and aren&39;t scared of robust exchanges.