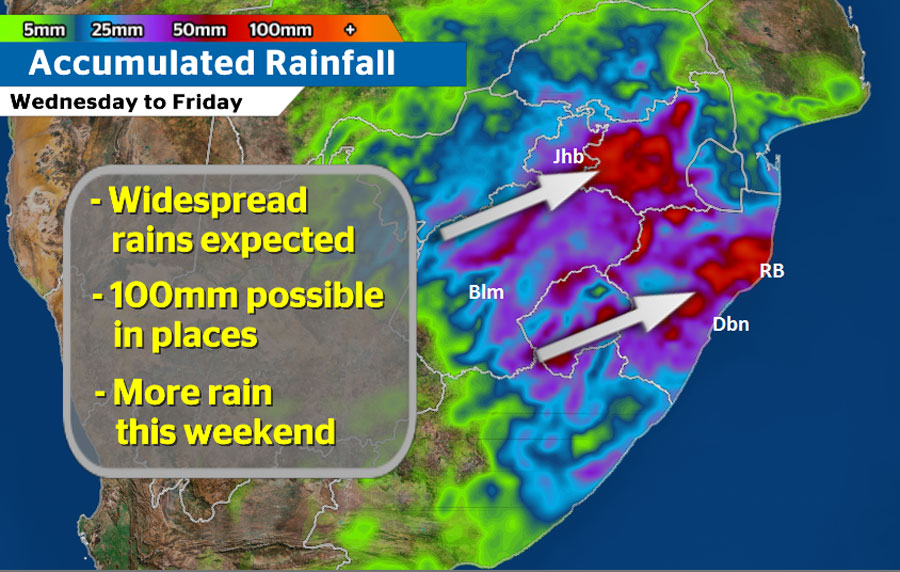 With the country gripped in the midst of a drought, there's some good news from eNCA's weather team.

CAPE TOWN - After last summer’s failed rainfall over most of eastern South Africa, drought has gripped many parts of the nation with widespread water restrictions in place, while some towns have completely run dry.

Thankfully the El Nio event which was a major contributor to inhibiting our summer rain last season has since totally fizzled out.

As a result we have seen a relatively normal start to the spring rains for most areas in the form of thundershowers since the middle of October.

Although this is optimistic and hopefully a sign of things to come; with rising springtime temperatures, evaporation rates over the interior remain high and for this reason dam levels have still been dropping over the last two months.

The good news is that current predictions indicate that significant rainfall is expected over the next few days.

From Wednesday there is a high probability of showers and thundershowers all across the highveld and the eastern escarpment, as well as toward the east coast.

The northern and eastern Free State, Gauteng, Mpumalanga and KwaZulu-Natal are the areas expected to receive the most rainfall. If the weather prediction models are correct, there could be more than 100mm for some areas before the end of the weekend, while much over the eastern interior is likely to get over 50mm.

Will this be enough to bring an end to the drought? The short answer is no but if widespread significant rainfall does take place as forecast it will certainly be good for farmers that are planting and should have a positive impact over the next week or two on the dismal dam levels.