Whale freed from ropes and buoys off Cape Point 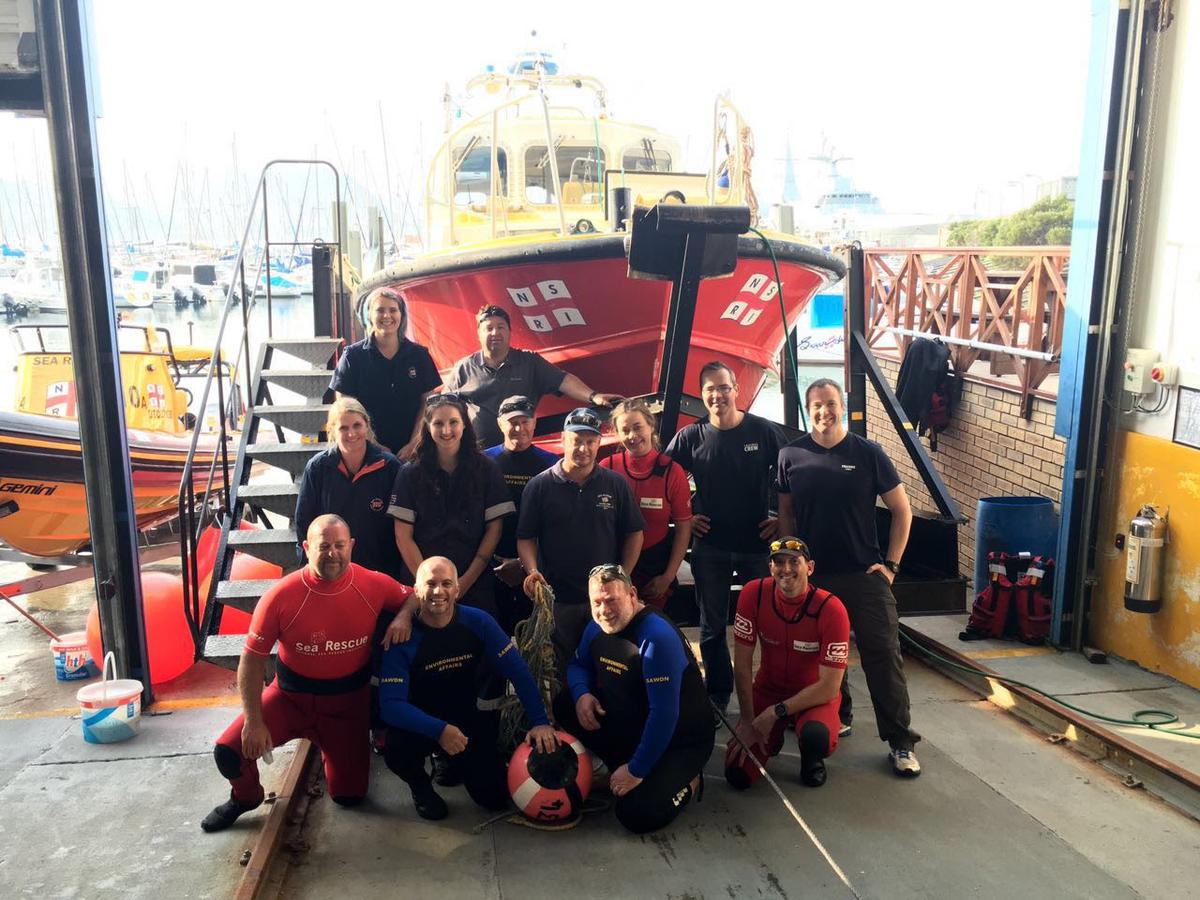 CAPE TOWN – A humpback whale appeared to show his gratitude to the South African Whale Disentanglement Network (SAWDN) volunteers who freed him from entanglement in rope and fishing equipment off Cape Point on Sunday.

The SAWDN volunteers were activated on Sunday morning following reports from fishing boats of a whale entangled in rope and floatation buoys in the vicinity of Rocky Banks, off-shore of Cape Point, SAWDN spokesman Craig Lambinon said.

“Using tried techniques the rescue craft gently approached the entangled whale from behind and the SAWDN team, using a grappling hook line, gently placed the line, attached to the sea rescue craft, onto a loop in the entangled rope, but as the pressure of the sea rescue craft, now effectively being towed by the whale, increased, the whale appeared anxious and inquisitive to the added impediment and thrashed around a bit,” said SAWDN head Mike Meyer.

To distract the animal the larger sea rescue craft moved up to head off the whale and this allowed the SAWDN team to begin cutting at nine wraps of rope that entangled the whale. All of the rope and the floatation buoy was cut, removed, and recovered.

“Once all rope and the floatation buoy was removed, in a most incredible reaction from the animal, the whale swam right up to alongside the the sea rescue craft, almost hugging the rescue boat (all motors had been switched off) and he gently placed his head on the gunnel of the sea rescue craft. The whale remained there for almost 20 minutes seemingly staring at his rescuers. All involved described a surreal and emotional moment shared between the SAWDN volunteer team and this beautiful animal. The whale then swam off,” he said.

The operation started at 9.35am and was completed a few minutes before 4pm.