What the EFF - Malema 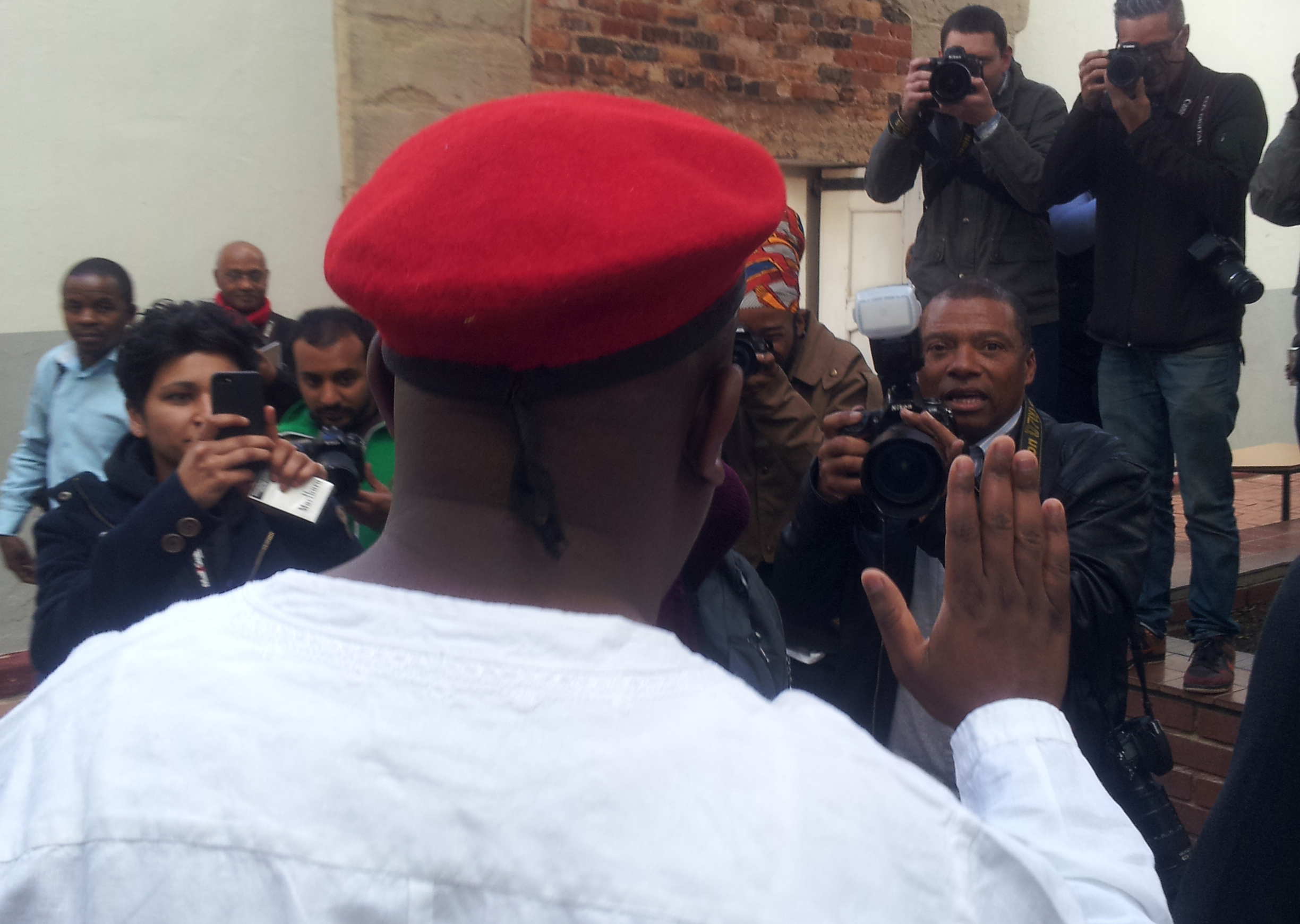 Malema says the EFF is founded on a principle of anti-corruption. "Anyone convicted of corruption will never wear an EFF beret." Meanwhile, another of Malemas properties will soon go under the hammer, to settle his tax bill.

JOHANNESBURG - Economic Freedom Fighters leader Julius Malema briefed media on his leadership team at Constitution Hill on Thursday, saying they had agreed that the EFF movement would contest the 2014 elections.

The radical left movement would be "the vanguard of the poor and always be on the side of the poor," Malema said.

Malema said the EFF was not like Cope or Agang because their key policies were expropriation of land, nationalisation of mines and banks, and the abolition of tenders.

"We have our own way. Nobody else called for that. We haven&39;t decided if we&39;ll start a political party. The people will decide that in Soweto at the National Assembly," he said.

"We are founded on a principle of anti-corruption. Anyone convicted of corruption will never wear an EFF beret," Malema threatened.

Meanwhile, another of Malema’s properties will soon go under the hammer, to settle his tax bill.

Malema&39;s house in Flora Park in Polokwane is the latest property to be attached and it was expected to fetch R1.5 million.

The auctioneer said the property was well-maintained and was in what he called "a decent neighbourhood."

Earlier this year Malema had his household goods, an incomplete Sandton mansion and his Limpopo farm auctioned, with the proceeds used to help recoup a total of R15 million owed to Sars.

At the media briefing however Malema said that the he would not be intimidated; "they can take our possessions, they can take everything, but they&39;ll never take our souls."