Its in the genes 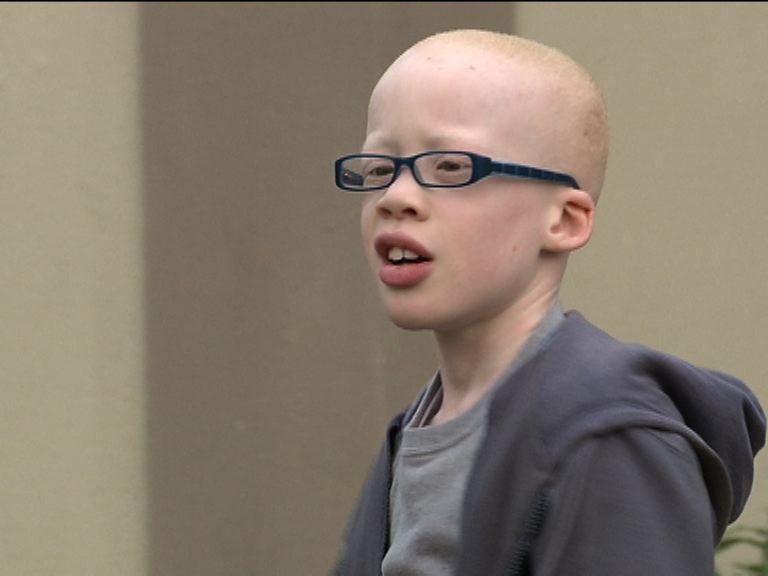 Local government and global health organisations have expressed the need for them, medical professionals have lobbied for them and patients praise their efforts, yet genetic counsillors in South Africa are in dire need of jobs and are quickly running out

Local government and global health organisations have expressed the need for them, medical professionals have lobbied for them and patients praise their efforts, yet genetic counsellors in South Africa are in dire need of jobs and are quickly running out of essential funding.

While Hollywood actress Angelina Jolie and eight-year-old Skyler-Jaden Base from Parklands in Cape Town have very little else in common, they both owe a lot of their health and current well-being to advise from genetic counsellors.

Having discovered her mom died of ovarian cancer at a young age, Angelina Jolie consulted a genetic counsellor to uncover her risk of contracting cancer.  Jolie was discovered to carry a BRCA1 gene mutation, the gene that predisposes women to a much higher risk of breast and ovarian cancer. This, along with future advising from her genetic counsellor led her to decision to have a preventative prophylactic mastectomy.

Skyler-Jaden’s mom Lindy-Joy also sought the advice and counselling of a genetic counsellor after discovering her son was born with albinism, a congenital disorder that affects pigmentation and eyesight.

“It was the first time someone sat me down and really explained to me how albinism came about and some of the medical issues and problems that may come up,” said Lindy-Joy.

Along with various cancers and albinism, there are dozens of other genetic conditions and disorders that genetic counsellors can offer information, risk assessment and advise on. The range of genetic disorders commonly encountered in South Africa, for example, include: Down Syndrome, cystic fibrosis, Huntington&39;s disease and muscular dystrophy, as well as teratogenic (causing malformations of an embryo) effects of infections, drugs and toxins, like fetal alcohol syndrome.

“The rate of birth defects is heightened in countries with lower socio-economic such as South Africa,” says genetic counsellor Frieda Loubser. “When we talk about birth defects there are some that can be predisposed for because of socio-economic factors such as alcohol use and infections during pregnancy such as rebela or german measles which is higher in South Africa,” Loubser explains.

Loubser who gained her MSc at the University of Cape Town (UCT) and has worked as genetic counsellor for seven years, says: “Genetic counselling is important for the person or family member diagnosed with a genetic condition to understand a diagnosis, but also to understand the familial implications, whether testing is available and accurate risk analysis for it possibly happening again.”

There is also a cost benefit to referrals made by genetic counsellors for testing needed by someone with a disorder says Loubser, “the genetic testing will be far more appropriate and accurate. With Jolie for example, now they know which specific gene is involved and which particular mutation is shown to be involved her family, so they wouldn’t need to look at over 1,500 other genetic mutations.”

It is estimated that as many as one in 19 people in South Africa have a genetic disorder, and a further one in 59 suffer from teratogenic consequences of exposure to infections, drugs or toxins.

Roughly, that would translate to the need for at least 100 genetic counsellors in South Africa.

Currently there are 22 genetic counsellors registered with the Health Professins Council of South Africa (HPCSA). With only one of these currently fulfilling the only full-time government position on offer at the Albert Luthuli Central hospital in KwaZulu-Natal, the rest are forced to work in other fields or bide their time between the few part-time positions on offer at, for example, Tygerburg and Red-Cross hospitals in the Western Cape.

Professor Jacquie Greenberg, who heads up the genetic department at UCT, says she also has to turn away hundreds of applicants every year, saying she cannot “morally” allow students to study for the four years needed with no job prospects in the future.

Nakita Verkijk, who recently finished her MSc in Genetic Counselling and is having to work internships at various hospitals says she is not hopeful for her prospects in the field: “There just are no jobs available and no funding for positions in government hospitals.”

Verkijk says she loves South Africa too much to seek employment overseas, which is not the case for all post-graduates of the course, explains Greenberg.

“Over 50% of the students trained in genetic counselling at UCT have left the country,” says Greenberg.

With an estimated 3,000 genetic counsellors practicing in the United State alone, it would be difficult to argue with the decision.

Despite numerous requests for an interview and a submission of questions on the matter, Western Cape Minister of Health Theuns Botha, responded only with a brief statement, that read:  “Genetic counsellors form an integral part of a genetic service and similarly so in the Western Cape. The need for counsellors outstrips the available resources to fill all these positions. The WC long term plan for genetic services include more counsellors to support the services.”

The Department of Health’s Human Genetics Policy Guidelines for the management and Prevention of Genetic Disorders, Birth Defects and Disabilities (2001), also reads: “The staff complement presently available for genetic services is inadequate to provide a comprehensive service to the whole South African population … An additional 70 medical geneticists, supported by 300 genetic counsellors / genetic nurse counsellors and 300 laboratory scientists / technologists (cytogeneticists and molecular geneticists), would be required, as judged by First-World recommendations.”

“Every year we are left to lobby the department of health, all tertiary hospitals and academic boards – letters have been sent to all of them,” says Loubser. ”Every year we don’t know if the budgets are going to allow for posts and of the money that has been scraped together is sustainable. The frustration is that there is a lot of support, but nothing has materialised from the department.

Lindy-Joy says her first consultation was an emotional one, “I cried and cried, but the counselling definitely put me at ease and helped me and son” she says, “there are lot of different myths and misunderstandings with albinism and it would be helpful if people could be helped out, just like how Frieda helped me.”