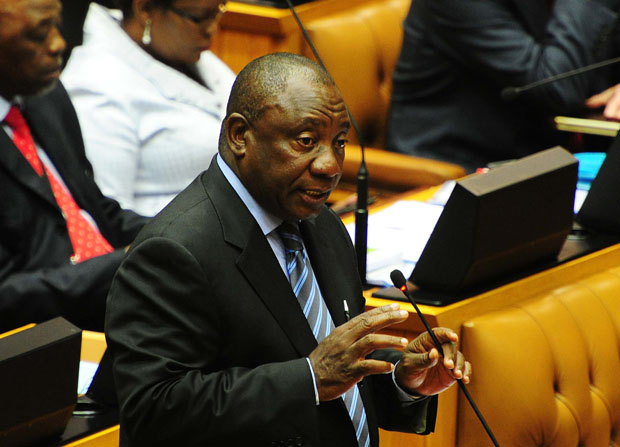 JOHANNESBURG - Cyril Ramaphosa has taken over the reigns as acting President of South Africa and will now have to prepare to deliver the State of the Nation Address (Sona) after Jacob Zuma resigned on Wednesday night.

Earlier in the day, the ANC confirmed that should Zuma not resign, he would be removed through a motion of no confidence in Parliament on Thursday.

The ANC then wanted Ramaphosa to be elected as the new president on Friday morning, followed by the Sona on Friday evening.

While Zuma&39;s resignation means the motion of no confidence falls away, the plenary session will still go ahead with the Speaker expected to announce Zuma&39;s exit.

Ramaphosa could then be nominated.

In a statement following Zuma&39;s announcement, the ANC said it expects all its "deployed members of Parliament to cast their vote for the ANC president Cyril Ramaphosa, as the candidate the ANC will nominate for president when Parliament convenes to elect a President of the Republic."

ANC STATEMENT FOLLOWING THE RESIGNATION OF THE PRESIDENT OF THE REPUBLIC OF SOUTH AFRICA, COMRADE JACOB ZUMA pic.twitter.com/g08ZpctqkU

Duarte While we accept the resignation of President Zuma, we reiterate that our decision to impose a recall was taken only after exhaustive discussions on the impact such a recall would have on the country, the ANC and the functioning of government.

As soon as Ramaphosa is elected, the Chief Justice will need to swear him in.

He will then be able to meet the ANC&39;s deadline for Sona to be delivered on Friday, with the debate on the address to take place on Monday.

The reply to the debate is set for Tuesday, ahead of the delivery of the budget speech on Wednesday.