Wherever you see land that you like, take it: Malema 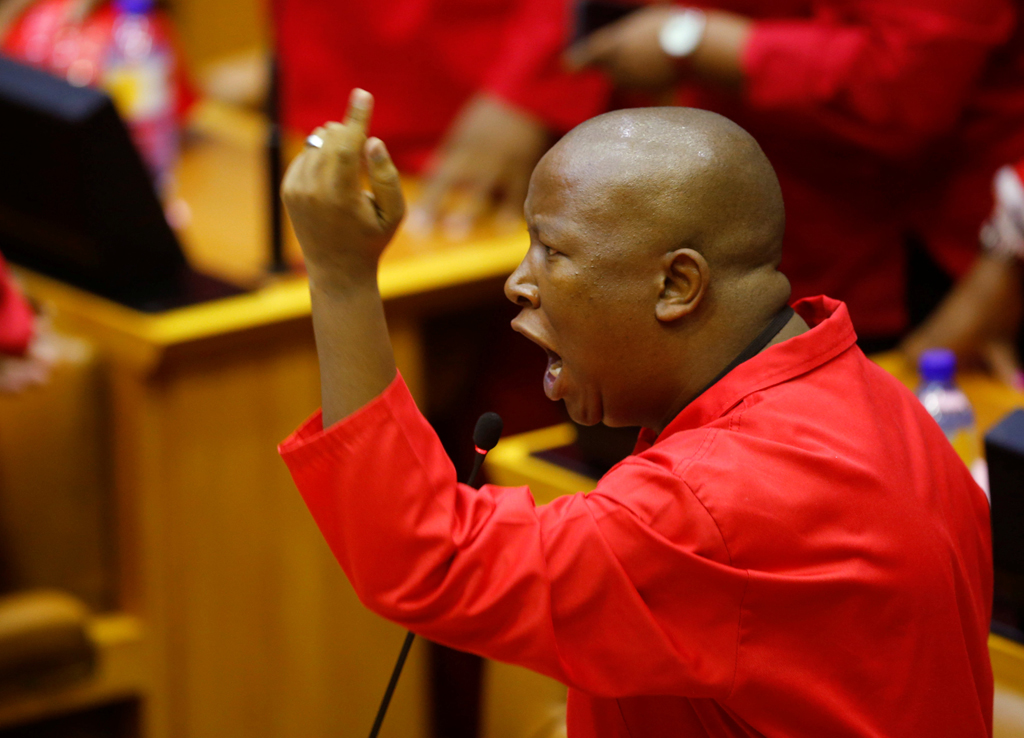 Julius Malema, leader of the Economic Freedom Fighters (EFF) party, raises objections before being evicted from Parliament during President Jacob Zuma's question and answer session in Cape Town, 17 May 2016.

PARLIAMENT - EFF leader Julius Malema on Tuesday urged South Africans to unite and fight for an amendment to the Constitution to allow expropriation of land without compensation.

Earlier this month President Jacob Zuma sent the expropriation bill back to the National Assembly for review -- some 10 months after MPs approved it.

The bill, which has been in the pipeline since 2008, allows for expropriation of land in the public interest and seeks to address racial inequities in land ownership.

The EFF tabled a motion in Parliament on Tuesday afternoon asking for an amendment that would enable expropriation without compensation.

#Malema: dear South Africans, wherever you see land that you like, take it! #Parliament

Malema said the struggle was about returning the land to its rightful owners.

"We have taken an oath which is an assertion that we own the land. However, this is not the case," he declared. "We can't keep saying South Africa belongs to all yet we have nothing to show".

Malema said the issue of land could not be used for campaigning.

"We're the only country that claims to have had a revolution and yet nothing has been changed," he said.

The ANC responded that it would be guided by policies and not by the EFF.

The governing party said that nothing will be changed without public participation, and rejected the EFF motion on the basis that expropriation without compensation was unconstitutional.

In response to the debate, the EFF said it's once again been proven that the African National Congress cannot be trusted.