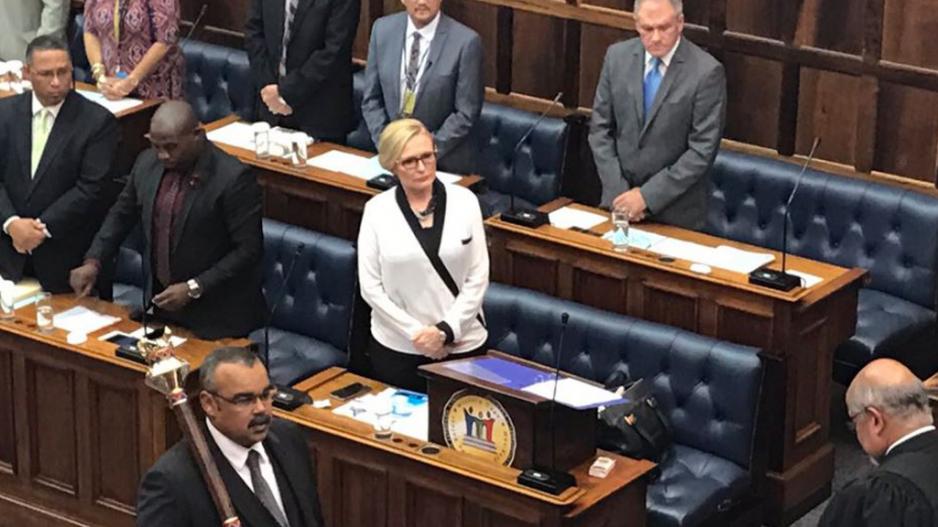 28 March 2017 - Western Cape Premier Helen Zille looks relaxed in the provincial legislature ahead of the Debate of Provincial Importance, called by the ANC, into her recent tweets on colonialism.

JOHANNESBURG -  Western Cape Premier Helen Zille has accused the ANC government of blaming everything on white monopoly capital to hide the party's failures.

Zille says her tweets on colonialism started a much-needed debate.

She was responding on Tuesday to a debate in the provincial legislature on her social media posts.

Zille apologised again, saying she hadn’t meant to offend anyone with her comments.

The ANC and EFF want her to step down immediately.

ANC MPLs hold up placards in their benches while Zille speaks. #ZilleDebate pic.twitter.com/3LA0B5d1at

But Zille accused the ANC of double standards.

"What we are seeing here is the escalation of a trend of spreading its malignant tactics throughout our country. Our ruling party is scapegoating minorities in order to conceal their failures to govern this country honesty and efficiently without consequences. And that is why they blame some white monopoly capital.

"President  Zuma wants to change the constitution to take away land from farmers feeding this nation while ignoring vast tracks of fertile state-owed companies which neither produce food nor jobs."