What you should know about new ANCWL leader, Bathabile Dlamini 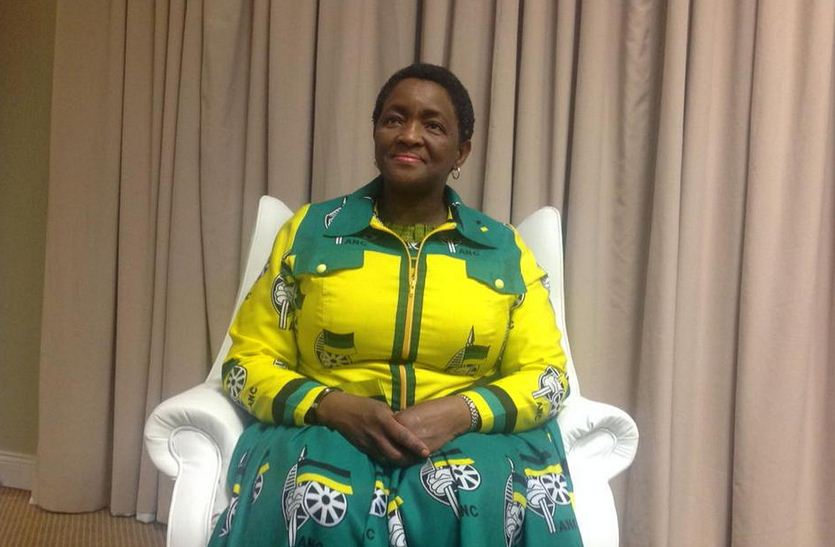 JOHANNESBURG - The ANC Women&39;s League, a structure known for its political contribution to South Africa&39;s struggle for freedom, has a new leader.

Bathabile Dlamini was elected on 7 August 2015 during the organisation&39;s 12th elective congress.

But just who is Bathabile Dlamini and what has her role been in the ANC?

Dlamini has a Bachelor of Arts Degree in Social Studies from the University of Zululand.

She started serving full time for the ANC in 2005 but her involvement with the organisation dates as far back as the early 90&39;s.

Dlamini was part of a team that was formed to build Women’s League structures in KwaZulu Natal in 1991.

She also served as Deputy Secretary General of the Women&39;s League in 1993.

She is one of the longest serving Secretary-Generals of the ANCWL, having held the position from 1998 to 2008.

Dlamini became a Member of Parliament and served in Correctional Services and Social Development Portfolio Committees between 1994 and 2004.

She has served on President Jacob Zuma&39;s cabinet since 2009 when she was appointed as the Minister of Social Development, a position she still holds.

According to reports by the Mail and Gaurdian, back in October of 2006, Dlamini was convicted and fined after she pleaded guilty to fraud involving an amount of R254,000.

Dlamini was one of 14 ANC MPs who were convicted and fined after pleading guilty to theft and fraud charges stemming from abuse of parliamentary travel vouchers, the report added.

Bathabile Dlamini, fraudster and thief, elected ANCWL president. ANC pushes honest people aside and demand to be lead by crooks

The Women&39;s League has in the past few years been perceived as ineffective in promoting women&39;s issues. Dlamini’s election comes as the Women&39;s League hopes that new leadership changes the public&39;s perception and once again becomes the key driver of issues affecting women in South Africa.

She replaces Minister of Basic Education, Angie Motshekga, who delegates felt had overstayed her position within the League.

The current congress has been delayed since 2013 and was again postponed to August after it had been scheduled for mid-April this year.

Motshekga cited concerns by members as the reason for the delays but would not go into detail.

Other names that had been put forward included Lindiwe Sisulu and the incumbent African Union Chief, Dr. Nkosazana Dlamini-Zuma.

So, the new ANCWL leader BathabileDlamini was convicted of fraud of parliamentary travel vouchers worth a quarter of a million rand. Nice.

Congratulations to Bathabile Dlamini for being the newly elected President of the ANCWL "wathint&39;abafazi wathint&39; imbokodo"