Who is Malusi Gigaba? Meet the new finance minister 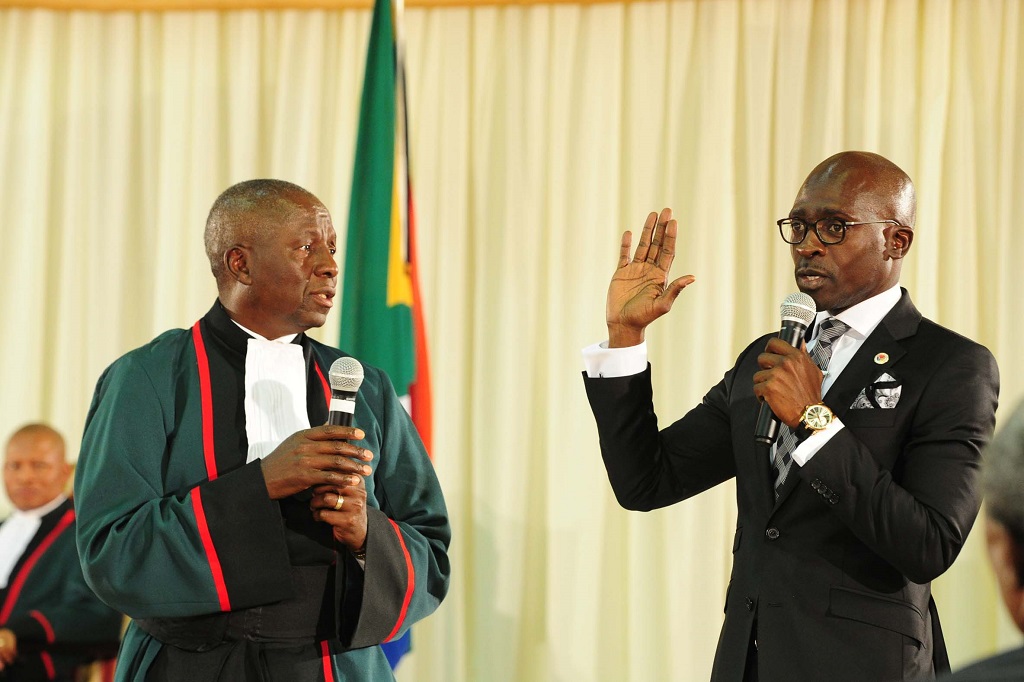 File: Then Minister of Home Affairs Malusi Gigaba at his swearing in at the Sefako Makgatho Presidential Guest House, Pretoria South Africa.

Gigaba, formerly the minister of home affairs, has no experience in the government's economic cluster and holds a BA degree in education and a Master's in social policy. Gordhan and former finance minister  Trevor Manuel had academic backgrounds in pharmacy and civil engineering, respectively.

Gigaba takes over control of the public purse at the age of 46, making him the youngest finance minister in South Africa’s history.

With 14 years in cabinet, Gigaba brings a wealth of government experience to his post but his political journey really began in 1990 when he joined the ANC Youth League after its unbanning. Six years later, he was the league’s president, serving in that position for eight years.

Joining Parliament at the turn of the millennium, after five years as an MP, he was appointed to cabinet as deputy home affairs minister in 2004 by then president Thabo Mbeki.

He earned a reputation as an efficient operator who was politically shrewd enough to stay relatively unscathed in the run-up to and aftermath of the ANC’s Polokwane elective conference that saw Mbeki replaced by Jacob Zuma.

He was reappointed deputy home affairs minister in Zuma’s first administration before being elevated to public enterprises minister in November 2010.

His successes during his time in charge of state-owned enterprises were mixed.

READ: Save SA calls on public to occupy Treasury

He criticised the exorbitant salaries enjoyed by parastatal executives, and fired the entire SAA Express board for not producing their financial statements on time in 2012. But he didn’t follow suit at SAA and bore witness to successive executive meltdowns at the national carrier as it continued to rely on the government for funds to function.

Eskom also battled to keep the lights on as delays and costs in the construction of new power stations mounted and load-shedding reared its ugly head.

In 2014, Gigaba was deployed to head up the Department of Home Affairs.

Under Gigaba the ministry made a few major changes such as insistence on abridged birth certificates for children travelling to South Africa and, more recently, inspections to make sure South African businesses comply with the requirement to employ a minimum of 60 percent of South African citizens.

Three years later, the shock announcement that Gigaba and not former Eskom boss Brian Molefe would be the new finance minister replacing Gordhan at a time of weak growth, rising unemployment and promises of radical economic transformation.