EXPLAINER: Who is Naledi Pandor? 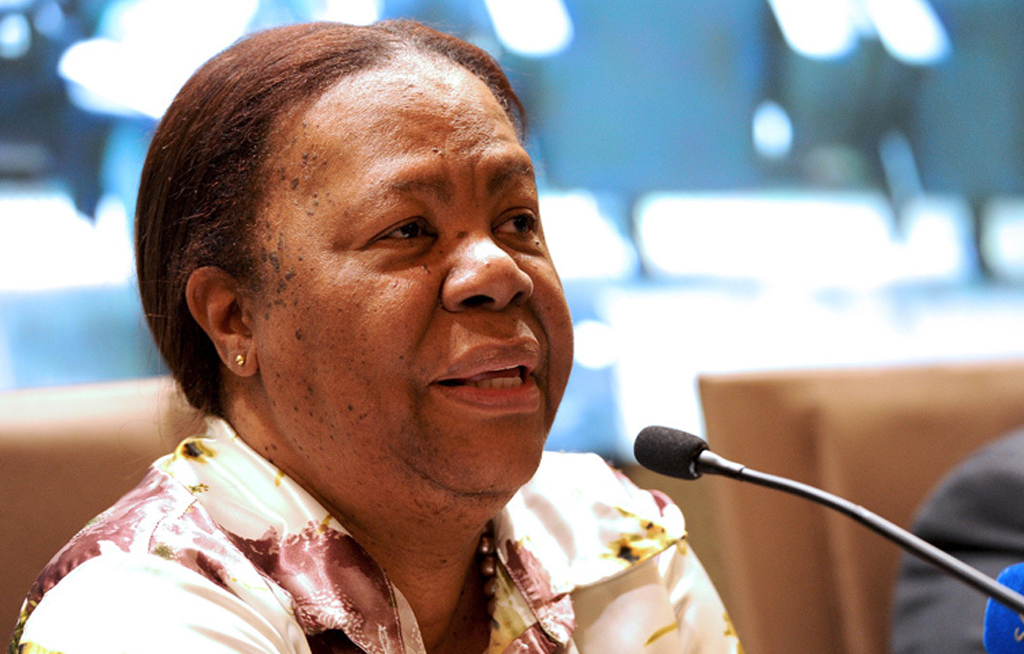 JOHANNESBURG - Cyril Ramaphosa has announced his leadership team for the ANC presidential race. Among them is Naledi Pandor, slated to be deputy president.

Ramaphosa has been strategic in selecting his slate. Pandor&39;s selection is seen as a counter to Nkosazana Dlamini-Zuma&39;s appeal among female voters. His selection of KwaZulu-Natal ANC chairperson Senzo Mchunu as Secretary-General will help secure a section of the critical KZN vote, and ANC Gauteng chairperson Paul Mashatile, chose to be Treasurer-General, cements the consistent support he has received from the province, which has been outspoken in its opposition to state capture. Current Secretary-General Gwede Mantashe, selected as chairperson, rounds off five of Ramaphosa&39;s top six.

But who is Naledi Pandor?

Naledi Pandor comes from a long line of political activists.

ZK Matthews, her grandfather,  was an academic and activist.

He attained an LLB degree and practised as an attorney before moving into academia, lecturing in social anthropology before attaining a professorship in the Department of African Studies at the South African Native College, later renamed the University of Fort Hare.

ZK Matthews was introduced to the ANC at a young age by Sol Plaatje, a relative who was a founding member and the first General Secretary of the South African Native National Congress, which later became the ANC. However, he only joined the ANC itself much later, in 1940. He succeeded James Calata as Cape ANC president in 1949. He was also involved in drawing up the Freedom Charter with Lionel &39;Rusty&39; Bernstein.

Joseph Matthews, Pandor&39;s father, was also a political activist. Joe Matthews joined the ANC at the age of 15. Following in his father&39;s footsteps, he studied for an LLB at the University of London.

In 1956, ZK and Joe Matthews were charged, alongside 154 other activists, during the infamous Treason Trial, in which all the defendants were acquitted.

After the trial, Matthews passed his advocate&39;s exam and practised in Durban, before moving to Lesotho in 1960, and later to Botswana, where he was appointed assistant Attorney General.

After a sojourn in the Netherlands, he returned to South Africa in 1992 and controversially changed allegiances, joining the Inkatha Freedom Party, for whom he became an MP in 1994, serving as Deputy Minister of Safety and Security in the government of national unity.

Naledi Pandor was born in 1953 in Durban but was educated primarily in Botswana.

She married Sharif Joseph Pandor, whom she met while studying in Botswana, and converted to Islam. The couple has four children.

Pandor studied at the University of Botswana, attaining a BA in History and English and later an MA at her father&39;s alma mater, the University of London. Furthering her studies back in South Africa, Pandor was awarded an MA in Linguistics at Stellenbosch University in 1997.

In 1995, Pandor was appointed ANC Deputy Chief Whip and convened the Sub-Committee on Higher Education in the Education Portfolio Committee. In 1999, she was appointed the chairperson of the National Council of Provinces (NCOP) by President Thabo Mbeki.

Pandor worked primarily as an educator, lecturing English in Botswana, London and Cape Town. She was thus an obvious choice for the post of Minister of Education in 2004, a role she occupied until 2009, overseeing an overhaul of the country&39;s education system.

In 2009, President Jacob Zuma appointed her Minister of Science and Technology, a position she held until 2012, and again later, from 2014 until the present. She was integral in ensuring South Africa was granted the rights to host the Square Kilometre Array (SKA) in the Karoo and has been a driving force in its implementation.

Between 2012 and 2014, Pandor served as Minister of Home Affairs, a position that became vacant when Nkosazana Dlamini-Zuma was elected Chairperson of the African Union.

Pandor has served as acting president of South Africa on numerous occasions, including in October 2013, when President Zuma visited the Democratic Republic of Congo; in November 2013, when the president paid a state visit to Ghana; and in March 2015, when he visited Algeria.

Although Pandor has been praised for her performance as a minister and for her personal integrity, she came under strong attack in 2013 while minister of home affairs, when she refused to criticise President Zuma following the so-called Guptagate scandal when the influential family managed to land a private plane carrying hundreds of wedding guests at the Waterkloof Air Force Base, a national key point. This incident was later referred to by then-Public Protector Thuli Madonsela in &39;The State of Capture&39; report.

However, speaking in Boksburg in April 2016 on the 23rd anniversary of the death of SACP leader and MK head Chris Hani, Pandor said that Hani would have been appalled by the loss of ethics and the corruption in the ANC.

In March 2017, she further incurred the wrath of ANC leadership when she questioned why the party was not implementing a 2016 NEC decision to audit party leaders&39; lifestyles.