Who's behind the plans to mine uranium in the Karoo? 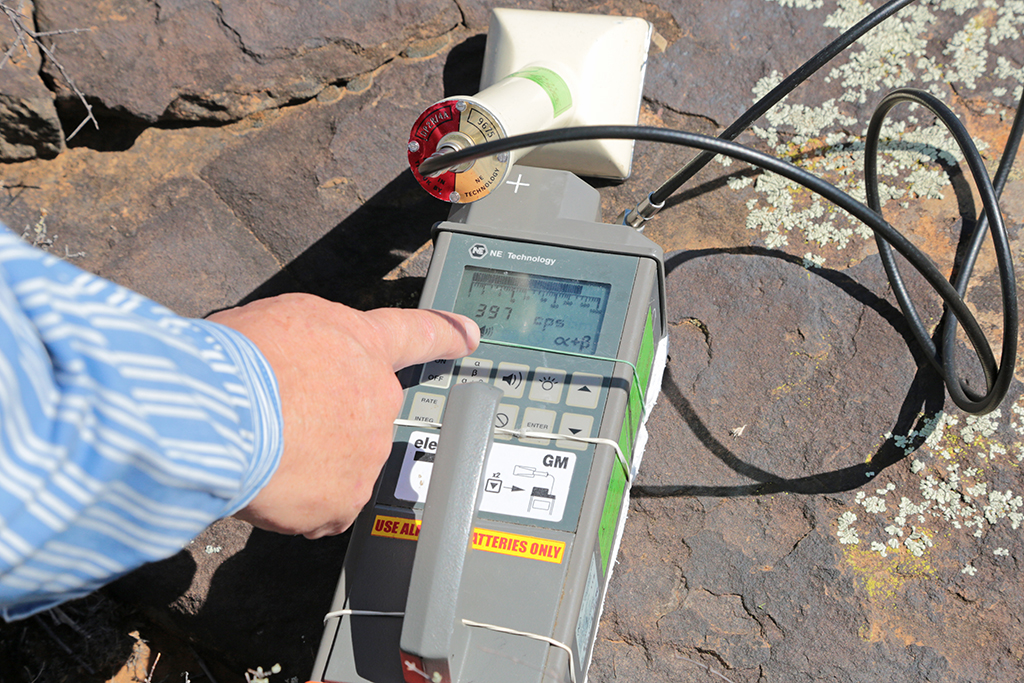 A geiger counter measures radioactivity in sandstone which is rich in uranium ore on the Ryst Kuil channel close to Beaufort West in the central Karoo.

The company acquired the exploration licenses from Areva Resources Southern Africa in 2014 at a price of US $50-million.

Peninsula Energy currently has uranium mining operations in the USA and Australia. It sells uranium oxide to utilities around the world for enrichment into fuel rods which are used by nuclear reactors.

At the State of the Nation Address in 2016 President Jacob Zuma announced that South Africa would go ahead with plans to generate 9,600 megawatts of nuclear power in the next decade.

Land Reform Minister Gugile Nkwinti reaffirmed this message on 8 March, saying the procurement would happen at a pace the country could afford.

South Africa has signed a number of intergovernmental framework agreements with international companies from countries including Russia, France and China and some South African students have already been sent abroad to these countries to study nuclear energy technology.

“The Tasman RSA mines operation is not financially dependent on SA’s plans for nuclear procurement, although they would be able to provide a reliable supply of uranium oxide to South Africa.”

Is there a deeper link between the companies invested in SA’s nuclear energy programme and the company behind uranium mining?

Are any of these companies invested in the Tasman RSA mines operation?

Watch the video below for a response from Peninsula Energy CEO Gus Simpson:

Back in the 1970s, trial uranium mining in the Karoo was abandoned because the commodity price of uranium fell so low that it was no longer profitable to continue.

Take a tour of the old Cameron shaft uranium mine.

Is it possible that this situation could reoccur? Tefo Maloisane, a director of local investment partner Lukisa JV Company says no, because most uranium is traded around the world using fixed contracts.

“The spot price of uranium constitutes about 10% of trading volumes, so most of the uranium traded in the world is in the form of fixed contracts over a long period of time,” he said.

Watch the video of Tefo Maloisane explaining this at a recent public participation meeting in Beaufort West:

Maloisane said that uranium trading is not transparent because utilities have confidentiality with their suppliers in order to maintain competitiveness.