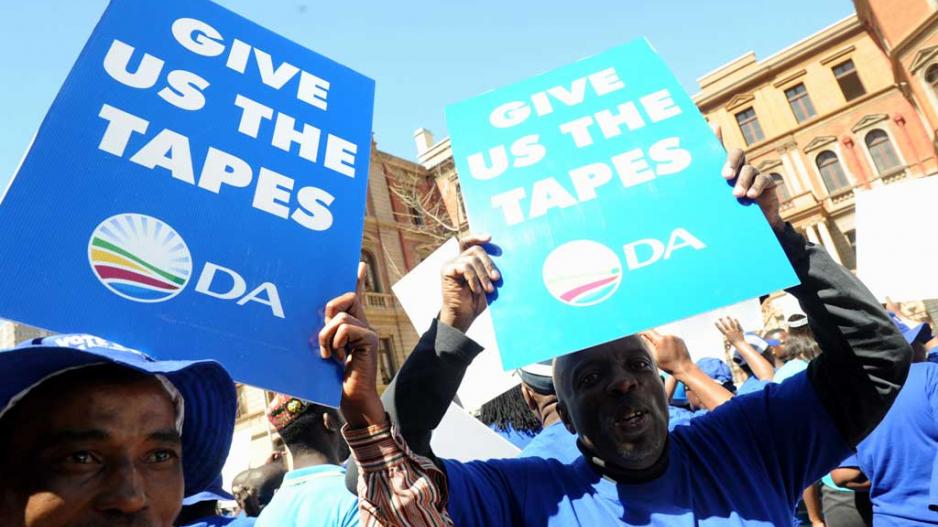 Democratic Alliance supporters sing and dance outside the High Court in Pretoria on Thursday, 4 September 2014 ahead of the handover of the so-called Jacob Zuma "spy tapes" to the party's leader Helen Zille.

JOHANNESBURG – The National Prosecuting Authority (NPA) on Friday filed its papers in the spy tapes case.

It had missed the previous deadline, saying its team needed more time to finalise its heads of argument.

It the papers filed on Friday morning, the NPA argued that President Jacob Zuma was charged with corruption almost immediately after being elected as ANC leader, to stop then President Thabo Mbeki from being recalled.

The DA is seeking a review of the NPA&39;s decision to withdraw criminal charges against President Jacob Zuma.

On June 20, Zuma&39;s lawyers filed court papers on his behalf.

In them, they argued the DA&39;s move to have criminal charges against him reinstated was a politically motivated witch-hunt.

In that aftermath of Zuma&39;s victory, the NPA says Ngcuka told McCarthy he needed to charge Zuma.