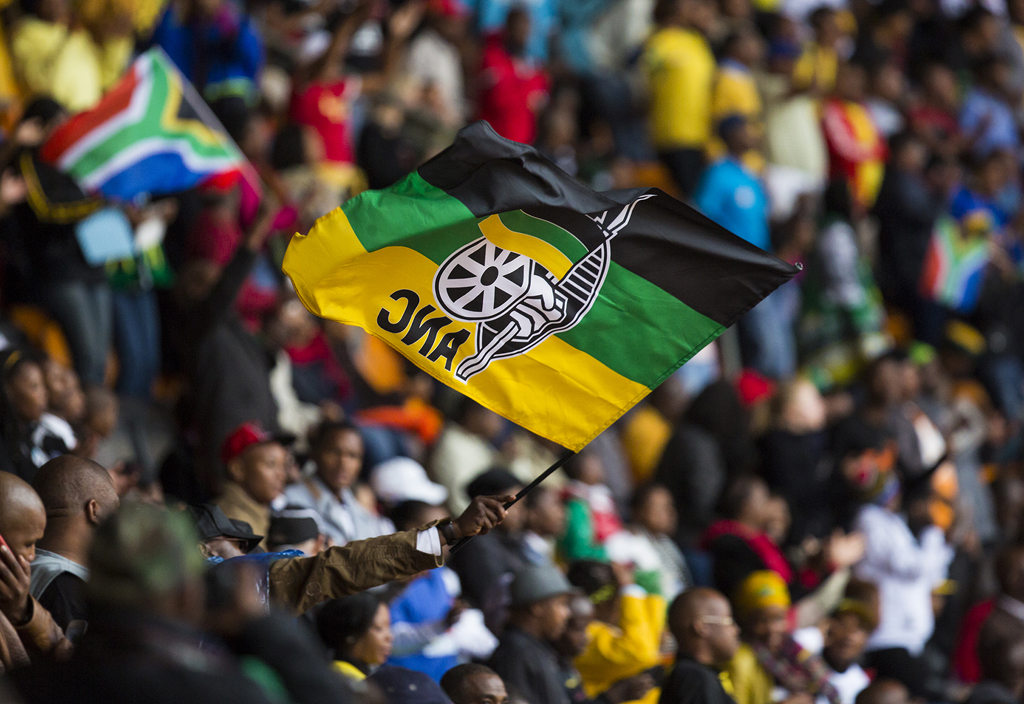 FILE: An ANC flag waves above the crowds of mourners in the FNB Stadium ahead of the official memorial ceremony in Johannesburg, South Africa, 10 December 2013.

SOWETO - ANC National Executive Member Jeff Radebe says the party's 105th anniversary celebration on Sunday will delve into some of the issues it's facing.

“The issues of unity will feature very prominently in the president's speech, issues around the economy, job creation, fighting crime and corruption but also to ensure that we as South Africans -- we have our common heritage as South Africans. We need to protect our national interest.”

"We want to deal with the fundamental issues facing the communities across South Africa. We want to ensure that we transform our country, we address all the challenges, social challenges, economic challenges," he said.

"We improve governance to improve issues of corruption; we also want to revitalise the ANC."

Soweto will be buzzing on Sunday and Metro Police say several roads will be closed in the area around Orlando Stadium.

“We know Mooki Street will definitely be fully closed, except for buses. Only the buses dropping off supporters will be allowed through,' JMPD spokesman Wayne Minnaar told eNCA.

"We’re looking at about 800 buses coming in through from all parts of South Africa to drop off supporters, and they’ll be allowed to park at the Nasrec Expo Centre.

"The entry point from the Soweto Highway will be Mooki Street, Nkomoiyahlaba and then Adams Street for the overflow."

The governing party anticipates filling the stadium to capacity on 8 January. The stadium's official capacity is 40,000.

"The overflow will be put into a field on the opposite side of the stadium."

However, contrary to this expectation, a Twitter hashtag #Don’tFillUpOrlando has been trending since Thursday night.

The hashtag was widely used to complain about high unemployment, poor school infrastructure and corruption within the party. "They will lie to us again," read one Tweet.

In response, ANC Secretary General, Gwede Mantashe said, "I can assure you that Orlando Stadium will be full, in terms of what we have picked up from Gauteng and the neighbouring provinces.”

Last year's celebrations were held at the Royal Bafokeng Sports Stadium in Rustenburg, where 120,000 people were expected, despite the stadium's capacity being only just under 45,000.

While many thousands braved the sweltering heat of around 33 degrees Celsius to turn up at the North West town in 2015, video footage appeared to show a number of empty seats, suggesting the anticipated figures had not quite been reached.

Thundershowers are predicted for Soweto on Sunday -- will this affect 2017's numbers too?

Or will it be more than just that? eNCA will be live streaming the event here.