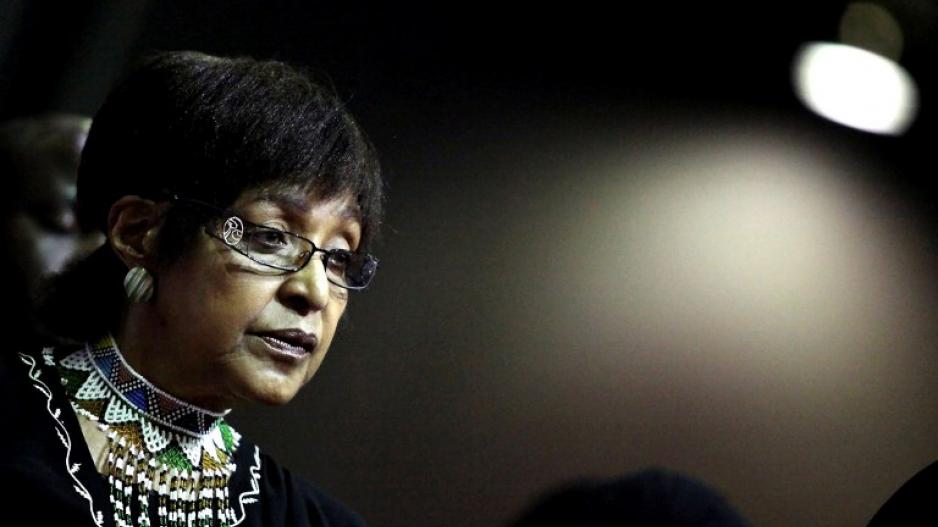 Victor Dlamini, the Mandela family spokesperson said in a statement Madikizela-Mandela died peacefully at Milpark Hospital in Johannesburg early on Monday, surrounded by her family and loved ones.

"Madikizela-Mandela was one of the greatest icons of the struggle against apartheid. She fought valiantly against the apartheid state and sacrificed her life for the freedom of the country. Her activism and resistance to apartheid landed her in jail on numerous occasions, eventually causing her banishment to the small town of Brandfort in the then Orange Free State.

"She kept the memory of her imprisoned husband Nelson Mandela alive during his years on Robben Island and helped give the struggle for justice in South Africa one its most recognisable faces. She dedicated most of her adult life to the cause of the people and for this was known far and wide as the Mother of The Nation," the statement said.

"The Mandela family are deeply grateful for the gift of her life and even as our hearts break at her passing, we urge all those who loved her to celebrate this most remarkable woman."

On Monday afternoon, two members of the Mandela family confirmed that Madikizela-Mandela had been admitted to a Johannesburg hospital at the weekend.

WATCH: &39;I am the ANC in the first place&39; says Winnie Madikizela-Mandela

In January, she was admitted to Milpark Hospital with a kidney infection and exhaustion.

In October, Madikizela-Mandela underwent a procedure on her knee.

Dlamini said details of the memorial and funeral services would be released once these had been finalised.

The Nelson Mandela Foundation said in a statement adikizela-Mandela&39;s passing was "a hard blow for the Foundation."

"She travelled a very long road together with our Founder, Nelson Mandela.  She was a member of a generation of leaders which survived the most brutal period of state terror in apartheid South Africa.  And she was a friend of the Foundation," it said.

“All South Africans are indebted to Mama Winnie, whether they acknowledge it or not,” said Foundation Chairman Professor Njabulo Ndebele.  “From the witness of her life, we knew we could stand tall; we knew also we could falter and stumble. Either condition was an affirmation of life. Her cry was our cry, and in 2018 we can say we did triumph. We will miss her. And our country will miss her.  Hamba kahle Mama."

Parliament&39;s presiding officers responded to the news in a statement, saying they were shocked and saddened by her passing.

"Speaker Mbete and Chairperson Modise said as a struggle icon in her own right during years of colonial and apartheid repression, Madikizela-Mandela curved her niche role in shaping the struggle for freedom and in efforts to realize the new free and democratic South Africa. She defied the repressive laws and associated patriarchy, embodied a brave character of an unflinching woman in the wake of all odds against her throughout her life. She was a solid rock, a defender of the vulnerable and defenceless," read the statement.

"Together with many contemporaries of her time, she was a torch bearer to gender mainstreaming, and an inspiration to millions of down-trodden women across the length and breadth of the country, across the continent and the world. She was one of her generation of struggle stalwarts that survived to be Founding Members of the democratic Parliament of South Africa in 1994. As one of the pioneer Members of Parliament and our parliamentary democracy, Ma-Winnie, as she was affectionately known, paved the way for what Parliament of South Africa has since become. Her vibrancy, unending inner and outer beauty, her passionate connection with ordinary citizens, and her witty and critical mind had contributed in keeping the critical solidarity of the women of South Africa in every facet of life."