Winnie Madikizela-Mandela's will be laid to rest on Saturday 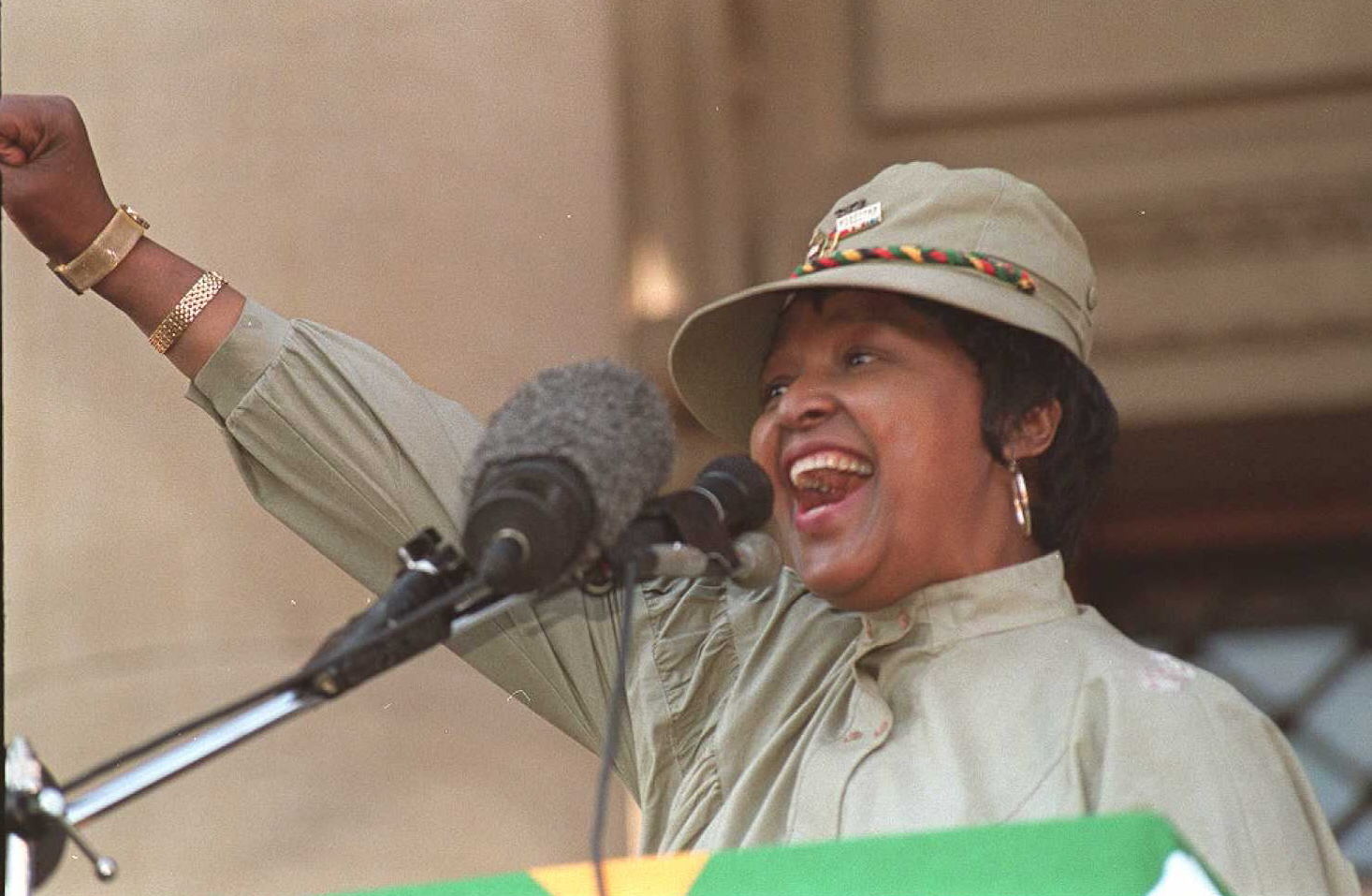 Winnie Madikizela-Mandela, former wife of President Mandela, forms the ANC clenched fist and salutes supporters during a rally in Johannesburg 16 June to mark the 20th anniversay of the Soweto student uprising.

JOHANNESBURG - Anti-apartheid icon, Winnie Madikizela-Mandela, will be laid to rest on Saturday.

Her funeral service will be held at Orlando Stadium in Soweto.

Thousands are expected to attend.

Congolese President Denis Sassou Nguesso and Namibian President Hage Geingob will be among the dignitaries.

Mama Winnie will be buried at Fourways Memorial Park.