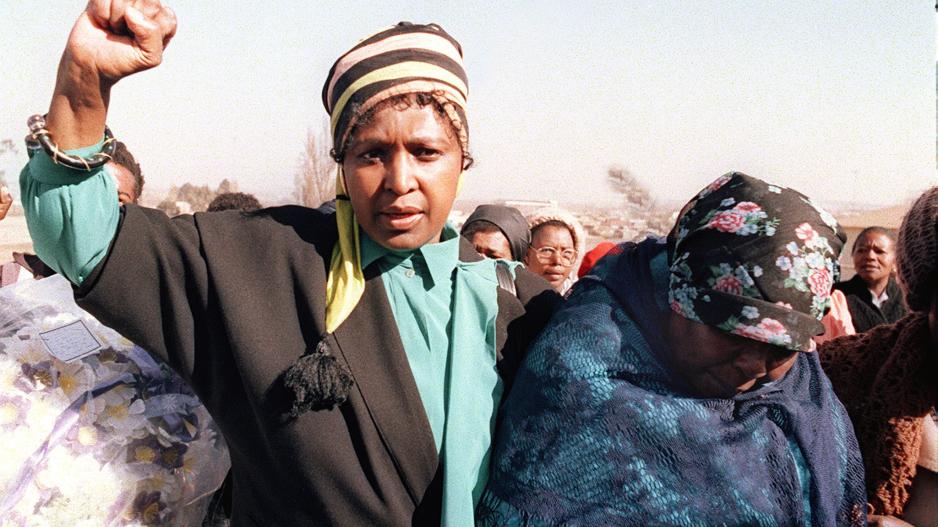 JOHANNESBURG - Winnie Madikizela-Mandela,  who died on Monday, aged 81, was once described as the most loved, feared and reviled woman in South African history.

At her 80th birthday last year, Cyril Ramaphosa, then Deputy President, described her thus: "Mama Winnie has lived a rich and eventful life, whose victories and setbacks have traced the progress of the struggle of our people for freedom."

“During a life beset with tragedy and trial, she ceaselessly demonstrated the well-chronicled characteristics of her ancestors, who were fearless and autocratic… and typified their dauntless courage, stubborn pride and instinctive aptitude for survival against all odds” is how biographer Anne Mare du Preez summed up this powerful woman.

[WATCH] RIPWinnieMandela: In 2014 eNCA spoke to struggle icon WinnieMandela. She spoke on living under the shadow of her former husband NelsonMandela and how she carved her own way into history. Courtesy DStv403 pic.twitter.com/g7PGCrRWIA

Nomzamo Winifred Zanyiwe Madikizela was born on 26 September 1936 in the village of eMbongweni in Transkei in the Eastern Cape.

She was the product of a proud, fearless Pondo clan, with a lineage every bit as noble as that of her esteemed future husband.

Her great-grandfather Madikizela, a 19th-century contemporary of the Zulu king Shaka, was a warrior chieftain from Natal with a reputation for being bold and ruthless.Winnie was the fourth child born to Columbus and Nomathamsanqa Madikizela. Her father was a minister in the Transkei homeland government of Kaizer Matanzima and her mother a teacher.

Nomathamsanqua Madikizela died when Winnie was just eight years old, a tragedy that seems to have haunted her into her adult life.

“I can hardly remember her but I longed for her,” she wrote in her memoirs detailing a 491-day stint in prison.

Nevertheless, by the time she got to high school she had gained a reputation for displaying “exceptional leadership qualities”.

In 1953 she embarked on a journey to Johannesburg that would dramatically change the course of her life. The 23-year-old Winnie went to study at the Jan Hofmeyr School of Social Work. But the city also gave root to her activism.

You were strong when we couldn’t be. You were a rage that sometimes burned too brightly and you showed us how to be brave and be our fearsome best. Lion. Warrior. Mother. Mkhonto. WinnieMandela

Four years after her arrival, she was charmed by a tall, dapper lawyer, Nelson Mandela. He spotted her at a bus stop and, after a brief chat, secured a date with her the following week.

By then Winnie had already been drawn into the ANC struggle and had begun to make her mark in the world. She had become the first black social worker at Baragwanath Hospital (now Chris Hani Baragwanath) after turning down a scholarship to study in the US.

Her work at the hospital exposed her to the hardships facing black South Africans. She discovered that one in 100 babies died at birth in Alexandra township.

These experiences fuelled her activism.

In 1958, a year after she met Mandela, they were married, in a Methodist service in the Transkei.

It was an epic romance, as shown in tender love letters exchanged between the two while Madiba was in imprisoned on Robben Island. The very few visits they were allowed were always conducted with glass between them

14th June 1964 just after the Rivonia Treason Trial was the day a young Winnie Mandela took a conscious decision to continue the liberation struggle. Our duty is to keep her name and revolutionary memory alive for generations to come.
WinnieMandela pic.twitter.com/G0BOELNkV6

With or without Nelson, Madikizela-Mandela built her own role as a tough, glamorous and outspoken activist with a loyal grassroots following.

"From every situation I have found myself in, you can read the political heat in the country," she said in a biography.

In 1969, she was arrested under the Terrorism Act and placed in solitary confinement for 17 months.

Their two daughters, Zenani and Zindzi, were caught in the crossfire as their parents were in and out of prison.

“I cried almost hysterically when I recalled their screams on the night of my arrest. I just cannot get this out of my mind up to date,” Winnie wrote in her prison memoir 491 Days. “It was enough of a blow to them to be without a father and all the struggle I’ve gone through trying to maintain them without employment.”

In 1977, Madikizela-Mandela was banished to Brandfort in the then Orange Free State (now Free State) for nine years, during which time her house was bombed twice. She had to leave her daughters, Zindzi and Zenani, behind in Johannesburg.

Hamba Kahle Winnie Mandela. Often think of this photo of her in front of the house she was banished to (a bizarre apartheid era form of internal exile) in 1977 with her daughter. pic.twitter.com/mMVB3uuoUT

She was allowed to return to Johannesburg in 1986.

In 1990, the world watched when Mandela finally walked out of prison hand in hand with his wife, their fists raised.

But they separated just two years later and divorced in 1996 after a legal wrangle that revealed her affair with a young bodyguard.

But it wasn’t long before she was convicted of kidnapping 14-year-old activist Stompie Seipei, who was murdered after he was falsely accused of being a police informant.

During the Truth and Reconciliation Commission (TRC), Madikizela-Mandela denied any wrongdoing. Eventually though, she conceded that “things had gone horribly wrong”.

Years later, Madikizela-Mandela would become an outspoken critic of the TRC.

While Mandela supported his wife through her kidnapping trial, their marriage was already in trouble.

It was her alleged affair with lawyer Dali Mpofu that ended it all and the two separated in 1992 and finalised the divorce in 1996.

Madikizela-Mandela staged a remarkable political comeback, becoming head of the ANC Women’s League in 1993 and retaining the position for a decade.

She served as a deputy minister in Mandela&39;s government, but was sacked for insubordination and eased out of the top ranks of the ruling party.

In 2003, she was convicted of fraud in connection with a funeral fund. The conviction was overturned

But again she rehabilitated her political career, winning a seat in Parliament in 2009.

A flawed heroine, she lived with undeniable bravery – and indisputable courage.