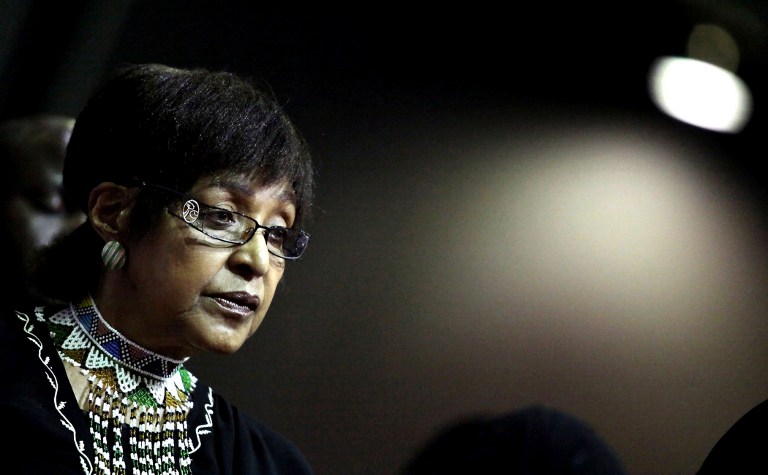 JOHANNESBURG - Winnie Madikizela-Mandela&39;s lawyers have filed papers at the High Court in Mthatha to lay a claim on her late former husband’s home in Qunu.

Madikizela-Mandela says the house belongs to her in terms of customary law.

This appears to be a direct challenge to the will signed by Nelson Mandela.

In his will, Mandela left the Qunu property to The NRM Family Trust.

He wanted the trust to "… administer the Qunu Property for the benefit of the Mandela family and my third wife and her two children, MALENGANE MACHEL and JOSINA MACHEL.

"The Qunu Property should be used by my family in perpetuity in order to preserve the unity of the MANDELA family.”

But Madikizela-Mandela says the Qunu property belongs to her.

She has now instructed her lawyers to go to court to settle the matter once and for all.

Her lawyer advocate Mvuzo Notyesi said Madikizela-Mandela is not challenging the will.

"She is not challenging anything. All what is being done is to assess customary rights, to redefine the legal rights of women in this particular country."

Notyesi says Madikizela-Mandela is not trying to enrich herself.

Rather, she wants to use this case and her high profile to assert the rights of women in similar circumstances.

"We seek to say to what extent are their rights particularly in terms of the constitution; are being protected.

"Particularly those women who were married under customary law or Christian law."

In August, Madikizela-Mandela wrote to the executors of her ex-husband’s estate, saying she wants control of the Qunu property because she obtained it while Nelson Mandela was still in prison.

But this has been disputed by Bantu Holomisa, a close friend of Madiba.

Holomisa says Mandela himself acquired the Qunu site after his release from prison.