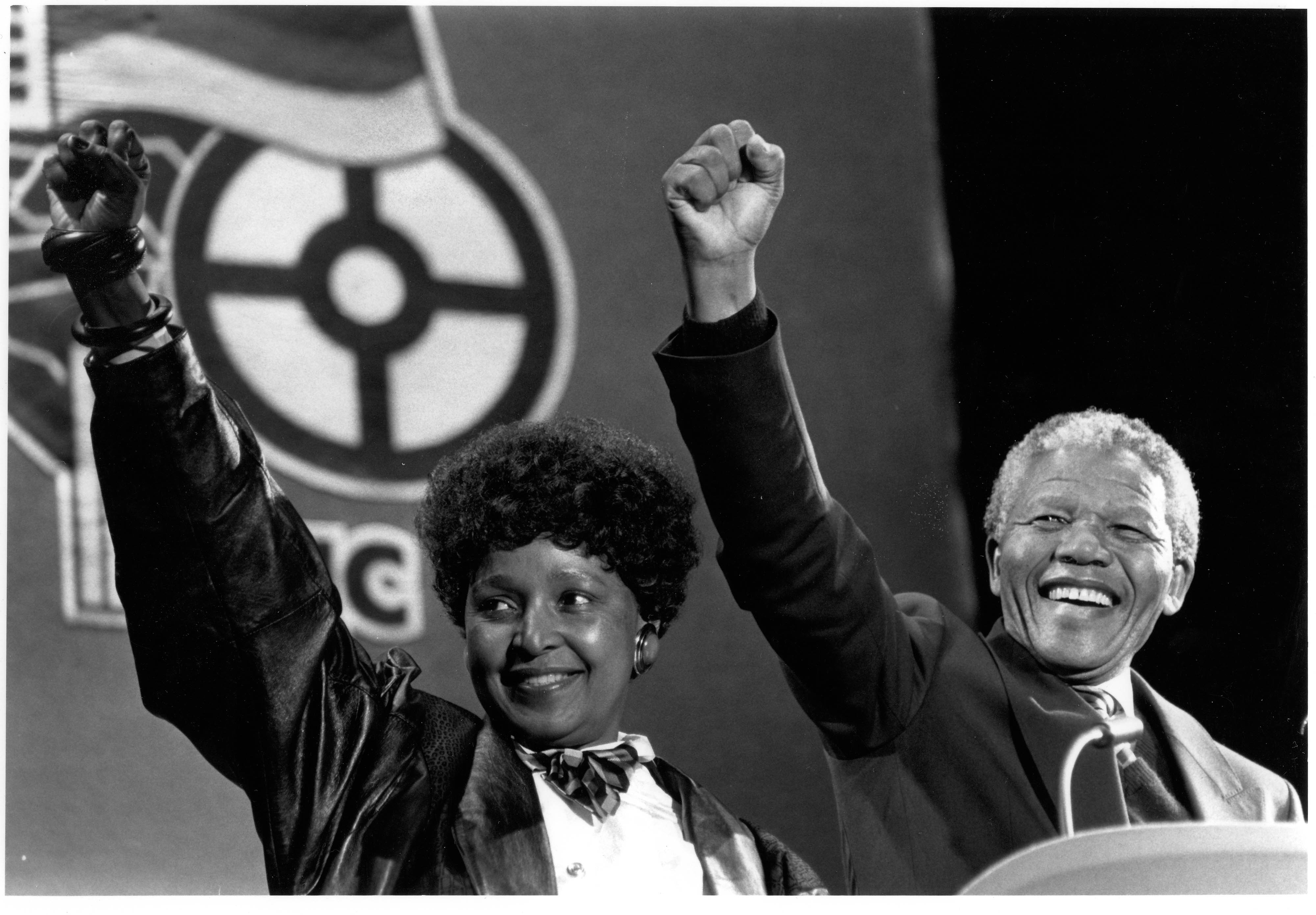 Nelson Mandela and his then wife Winnie Madikizela Mandela address a rally in Cape Town in 1990, the day after his release from prison.

EFF Statement on the Passing Of Mama Winnie Mandelahttps://t.co/E93tWpK6HJ

Congress of the People (Cope) leader Mosiuoa Lekota said Madikizela-Mandela was a symbol of the struggle for racial and gender equality in South Africa.

Democratic Alliance (DA) head Mmusi Maimane said the passing of Madikizela-Mandela would be felt across the political divide because she was principled and stood up for the truth.

"To the people of this country, certainly the continent and to freedom lovers all over the world, this is a sad day indeed. We&39;ve lost an icon. We&39;ve lost a freedom fighter. We&39;ve lost someone who regardless of the brutal apartheid system she fought against ... always sought to bring us back to the values," Maimane said, according to the African News Agency.

Despite being on opposite sides of the political spectrum, Mama Winnie would never be shy to tell the truth, Maimane said, adding that her beauty captivated many.

"Of course she was the most beautiful granny you could see."

Madikizela-Mandela kept the memory of Nelson Mandela alive during his 27-year incarceration, according to the ANC national executive committee (NEC).

"She kept the memory of her imprisoned husband, another icon Nelson Mandela, alive during his years on Robben Island and helped give the struggle for justice in our country one of the most recognisable faces," NEC member Jeff Radebe.

"Madikizela-Mandela was one of the greatest icons of the struggle against apartheid. She fought valiantly against the apartheid state and sacrificed her whole life for the freedom of our country," he said.

You fought a good fight, you wanted African to get REAL FREEDOM.

Beside the challenges you stayed loyal and disciplined.

The South African Communist Party (SACP) said her departure from the world of the living had left he country poorer.

It said it was concerned by the loss of the veterans of the struggle against colonial oppression.

The SACP called for liberation movements and government as a whole, to document Madikizela-Mandela’s life for institutional memory.

"This is extremely important both for young people and our future generations.  An accurate account of where our society comes from is crucial to our national vision for a non-racial, non-sexist, democratic and prosperous South Africa based on social emancipation.

"The contribution that Comrade Winnie made to the South African revolution, her sacrifices to the cause, and on the other hand the reactionary, repressive and torturous responses she endured from the apartheid regime, can produce volumes of history, humanities and social science books. Highlighting a few aspects could produce an unintended consequence of narrowing the colossal contribution and great sacrifices," the SACP said in a statement.