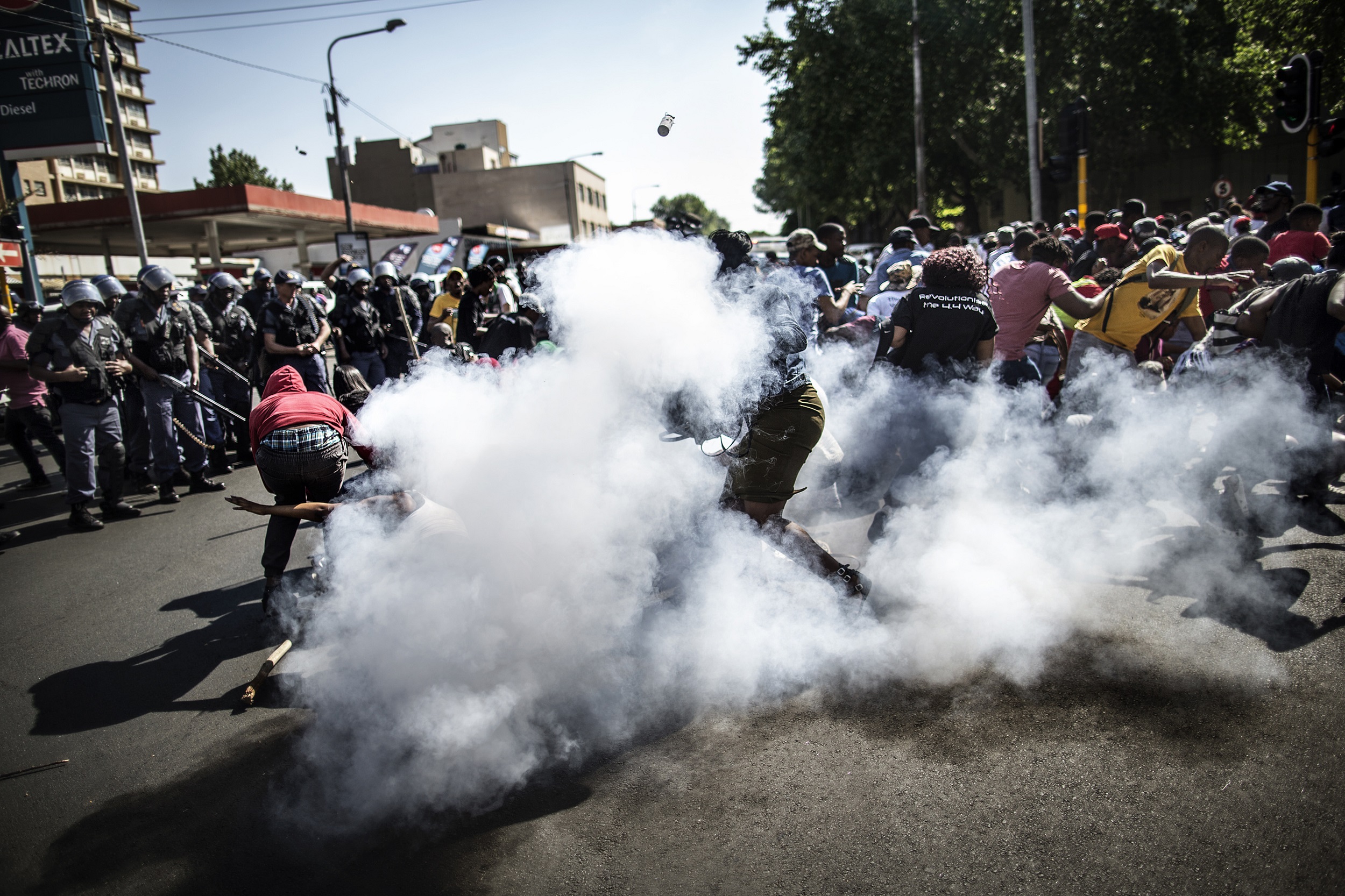 A stun grenade thrown by South African police forces ricochet on a student taking part in a protest in Johannesburg.

JOHANNESBURG - A contract worker at Wits University, who fell ill last week after allegedly being overcome by carbon dioxide fumes from a fire extinguisher, died over the weekend.

He was taken to the campus health and wellness centre and later transferred to a hospital where he was treated for a few days before being discharged.

Wits received a report today of the death.

The cause of the worker&39;s death has not yet fully been determined, but the university is conducting its own investigation of the incident while it awaits a report from his employer.

Wits Vice Chancellor, Adam Habib has commented on the incident: