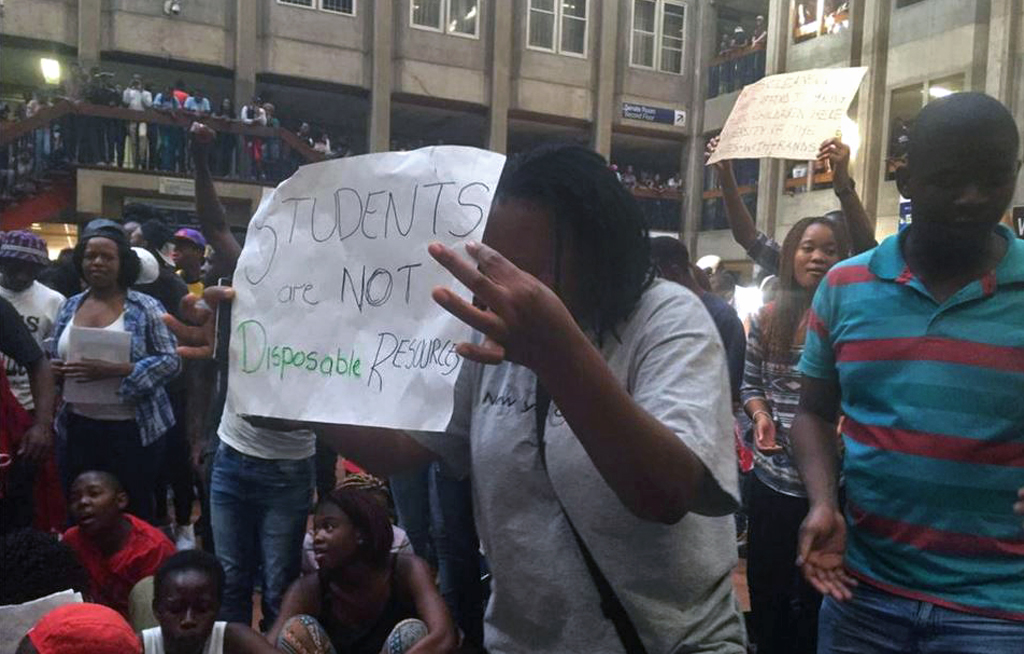 16 October 2015: Wits University students spent three days protesting over the proposed 10.5 hike in tuition fees for 2016. They remained steadfast in their "no increase" campaign until an agreement was reached on the same.

JOHANNESBURG - The Wits University Council will meet on Sunday to decide on a way forward regarding tuition fee increases.

That&39;s after protests last week and a marathon meeting on Friday night saw the planned fee hike put on hold.

Council will report back to students at noon tomorrow.

Determined to have their way, the message of Wits University students is loud and clear.

“If we don’t get what we want, the strike will continue. But at the same time being very cautious and aware of the fact that our academics are on the line,” said one student.

“Fees should not be increased to such a drastic measure. It really does take a toll on our families back home,” said another.

But, some are aware that a non-incease is highly unlikely.

“I’m not sure about no fee increase, it would be really great but I’m also trying to think on the other side because there’s reduced government funding."

The university believes increases are necessary for the running of the institution, unless the state manages to step in with a bigger cheque.

“The biggest kind of income has been government subsidy but that has been declining as the years go," Wits Dean of Humanities, Ruksana Osman said.

"Incidentally government has been putting more and more money in higher education but it’s become less and less in real terms because the number of students has been expanding within the higher education sector.”

The government on the other hand, says there are plans in place to deal with the students&39; grievances.

"Everyone is suffering from this global downturn that began in 2008. Education at the president is at the apex of our priorities, because we do know that the cost of living is going high," said Minister in the Presidency, Jeff Radebe.

"I do know that there are initiatives government is taking behind the scenes to come to an amicable solutions so I think that lets let that process unfold let’s see on Monday."

Since the start of the demonstrations on Wednesday, the students have maintained that theirs is a peaceful protest.

They&39;ve now retreated back to their spaces, while the powers that be deliberate behind the scenes.

It will only become clear on Monday whether or not their cries have been heard or if their fight against fee increments continues.