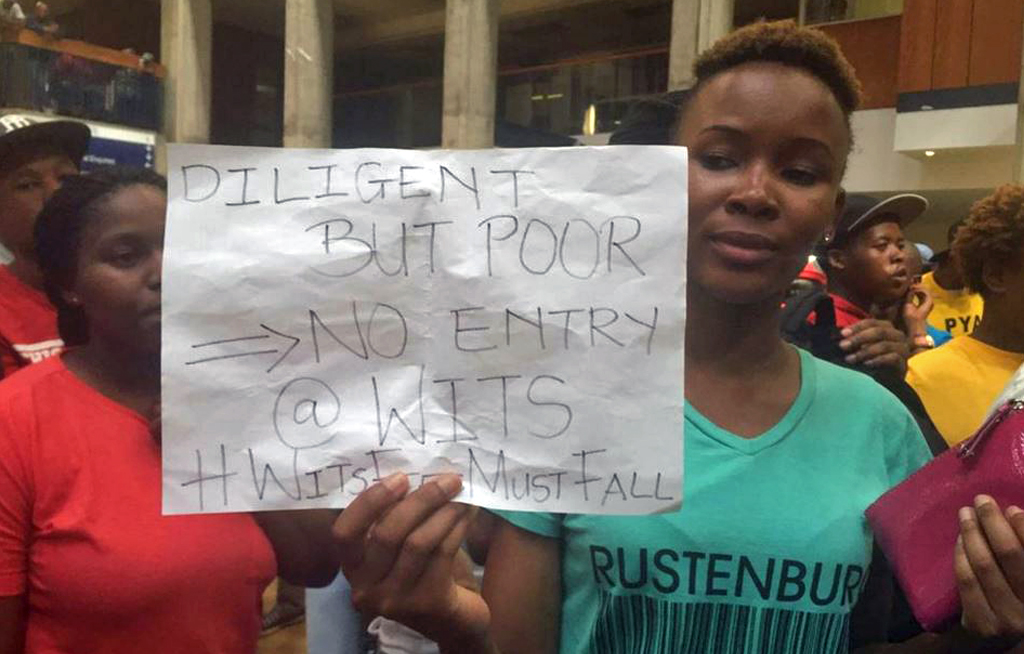 16 October 2015: Wits University students spent three days protesting over the proposed 10.5 hike in tuition fees for 2016. They remained steadfast in their "no increase" campaign until an agreement was reached on the same.

JOHANNESBURG - Wits University has suspended a tuition fee hike planned for next year.

After 21 hours of intense negotiations, this can be classed as a defining moment in South African higher education.

The move comes after three days of protests by students on the Braamfontein campus since Wednesday.

On Friday they locked staff in overnight for talks, during which time Wits university management and students reached an agreement over next year’s fees.

Students block some of the entrances to senate house Wits @eNCA pic.twitter.com/peF9wZHajx

Fees at the institution were to increase by 10.5 percent with an upfront fee of about six percent, which meant students would have to pay nearly R10,000 in registration fees.

The agreement also includes that:

On Friday morning, a handful of students had gathered at the Empire Road entrance from around 7am.

The numbers started swelling ahead of a much anticipated address by the university&39;s Vice Chancellor, Professor Adam Habib.

Habib&39;s address was initially delayed as students were adamant all they wanted to hear was a &39;no fee increase&39; statement.

“They have raised it with me and I have said I do not have the authority to make that decision,” Habib said.

With students determined in their quest – Habib had to make calls to the Council to convene a meeting, thus placing his return to Durban for a higher education summit, on hold.

The university Council chair Dr Randall Carolissen, together with other members, finally agreed to meet students at 7pm.

Thousands of student united in song and dance as they waited hours-long for the meeting.

Chaos broke out briefly, when security personnel dressed in black entered the building.

The scuffle left one student injured.

WATCH: chaos breaks out at Wits as dozens of security officials walked it. @eNCA @GarethEdwardsSA pic.twitter.com/N2X70sGUP4

Story: WITS suspend fees increase.......Comment: Social change has to be led &39;peaceful&39;, with no anarchy because it is a necessary path

When Council members arrived for the 7pm meeting, students made it clear the only solution they were willing to accept was a no fee increase agreement.

The Council pleaded with students to allow meetings to take place to discuss the issue before reverting with a response, but students were unyielding.

They were adamant that any meetings that needed to happen would happen at Senate House in front of them.

Despite hours of negotiations between student leaders, university Council and exco members in an office inside Senate House -- following hours of waiting -- students remained steadfastly resolute with their single goal in mind.

Students have described the agreement as a victory, taking to social media to celebrate with a hashtag Witsfeeshavefallen.

Temporary victory pocketed as Wits has decided to suspend the decision to increase fees in 2016 WitsFeesWILLFall pic.twitter.com/C02lCyJ7De

The battle is far from over, however. The university has argued that an increment is a necessity for the running of the institution.

For now, it remains to be seen if Monday will bring a solution to the deadlock, when the Council  -  highest decision making body at Wits - reports back.

According to a statement released by the institution, a full Council meeting will be called tomorrow, Sunday, 18 October 2015 to deliberate on these matters. Council will report to students at noon on Monday, 19 October 2015.

We are powerful people. The parents of those children at Wits must be so proud WitsFeesHaveFallen Look at what you are capable of.