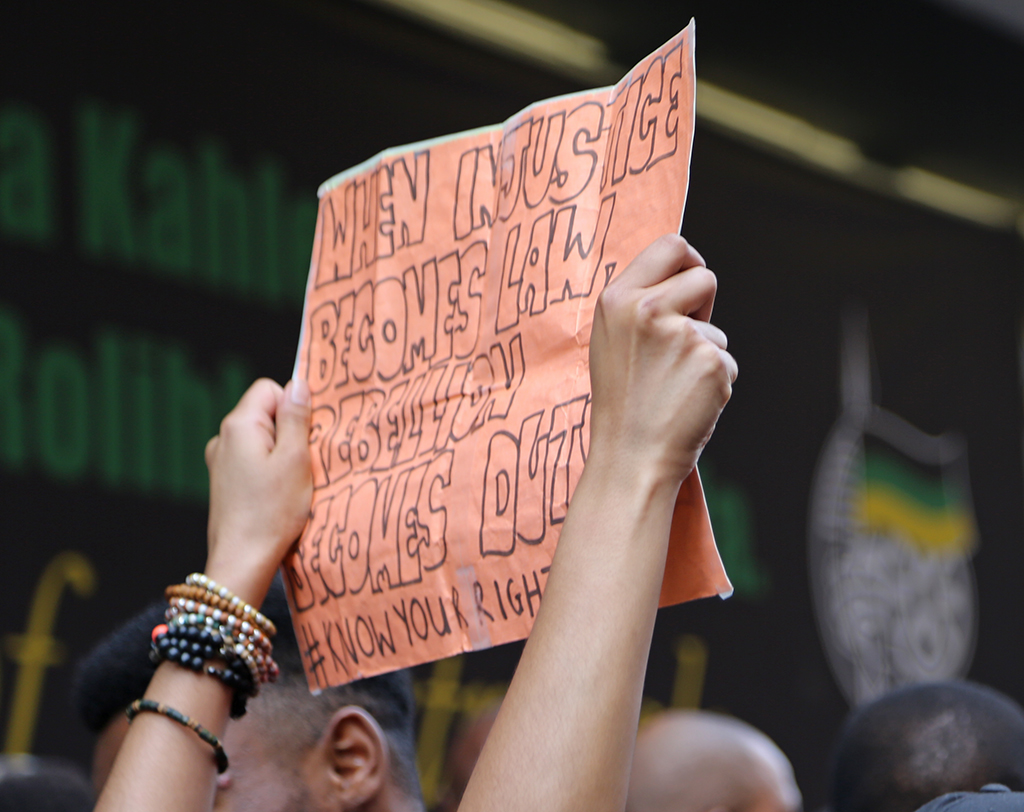 A student holds a placard during a march on ANC's headquarters, Luthuli House, on Thursday 22 October 2015. Thousands of students from Wits and UJ handed a memorandum of demands to ANC SG Gwede Mantashe.

JOHANNESBURG - Wits University will remain closed on Monday because students have decided to continue with their protest, vice chancellor Adam Habib said on Saturday.

In a statement on the University of the Witwatersrand website, Habib apologised for not communicating earlier on the timing of the university’s re-opening, saying “we were waiting to obtain clarity from Wits’ student leaders as to how they have decided to proceed. We wanted to avoid sending out conflicting information in this regard”.

“The students have just concluded their mass meeting and we have been told that despite the decision taken at the historic meeting between government, students, and university leaders yesterday [Friday] to agree to a zero percent increase for 2016, and to reorganise the academic and examination programme, our students have decided to continue with their protest,” he said.

“We are disappointed at their decision, as we feel that it will put in jeopardy the academic futures of many students who will not be able to pass or graduate. This will only further entrench and deepen the inequalities in our society.

“We strongly encourage all protesting students to participate in a parallel negotiation process that covers all outstanding issues and to allow the academic programme and examinations to proceed unhampered,” Habib said.

Wits would remain closed on Monday. A special meeting of Senate, the highest academic decision-making body of the university, would be convened on Monday to deliberate on the protest and to decide on the resumption of the academic programme. The outcome would be communicated to all students and staff thereafter.

Habib said the protesting students had decided to reconvene on Sunday afternoon. Should they change their decision and agree to immediately resume the academic programme, the programme would commence on Monday.

One of the key issues the protesting students had put on the table was that of the insourcing of all workers. This was a matter that the university was investigating and which it would deliberate upon at Council. Government also agreed at Friday’s meeting to establish a task team to explore how the state could assist universities to address this challenge.

“We will keep you updated as changes occur. In the interim, we encourage all students to continue to spend their time preparing for the examinations. We apologise to all those who have been affected by the protests, especially our staff and students, and we thank you for your patience during this difficult period,” Habib said.