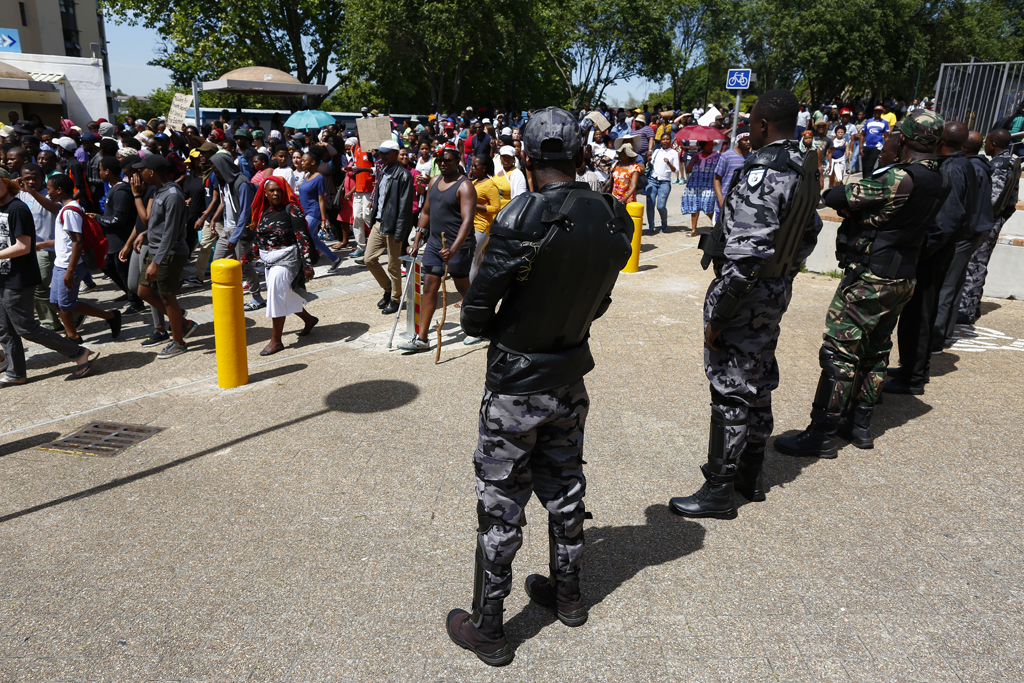 Private security looks on as students protest in support of the #FeesMustFall campaign at the University of Cape Town (UCT), South Africa, 04 October 2016.

JOHANNESBURG - The University of the Witwatersrand (Wits) has confirmed that all academic activities will go ahead on Wednesday.

No disruptions to the academic programme were reported on Tuesday, although some staff members, students and workers did protest outside the Great Hall.

The institution says it's open to negotiations with student leaders, but its main focus is the completion of the academic programme in the next week.

The institution was forced to close its doors after weeks of the Fees Must Fall violent protests.

The institution has condemned the violence over the past two days.

In a statement, the university's management confirms it's still open to engagement with protesters, but is appealing to students to protest within the limits of the law.

In Port Elizabeth, the Nelson Mandela Metropolitan University (NMMU) will open its doors today, despite clashes between the Fees Must Fall protesters and the police on Tuesday.

Police fired stun grenades and rubber bullets as protesters tried to stop other students from entering the campus.

Just before they drove through the gate #nmmu #nmmushutdown pic.twitter.com/xSgcDZucqa

The university management says it's committed to completing the academic year in spite of the challenges it faces.