Wits University shuts down for the week 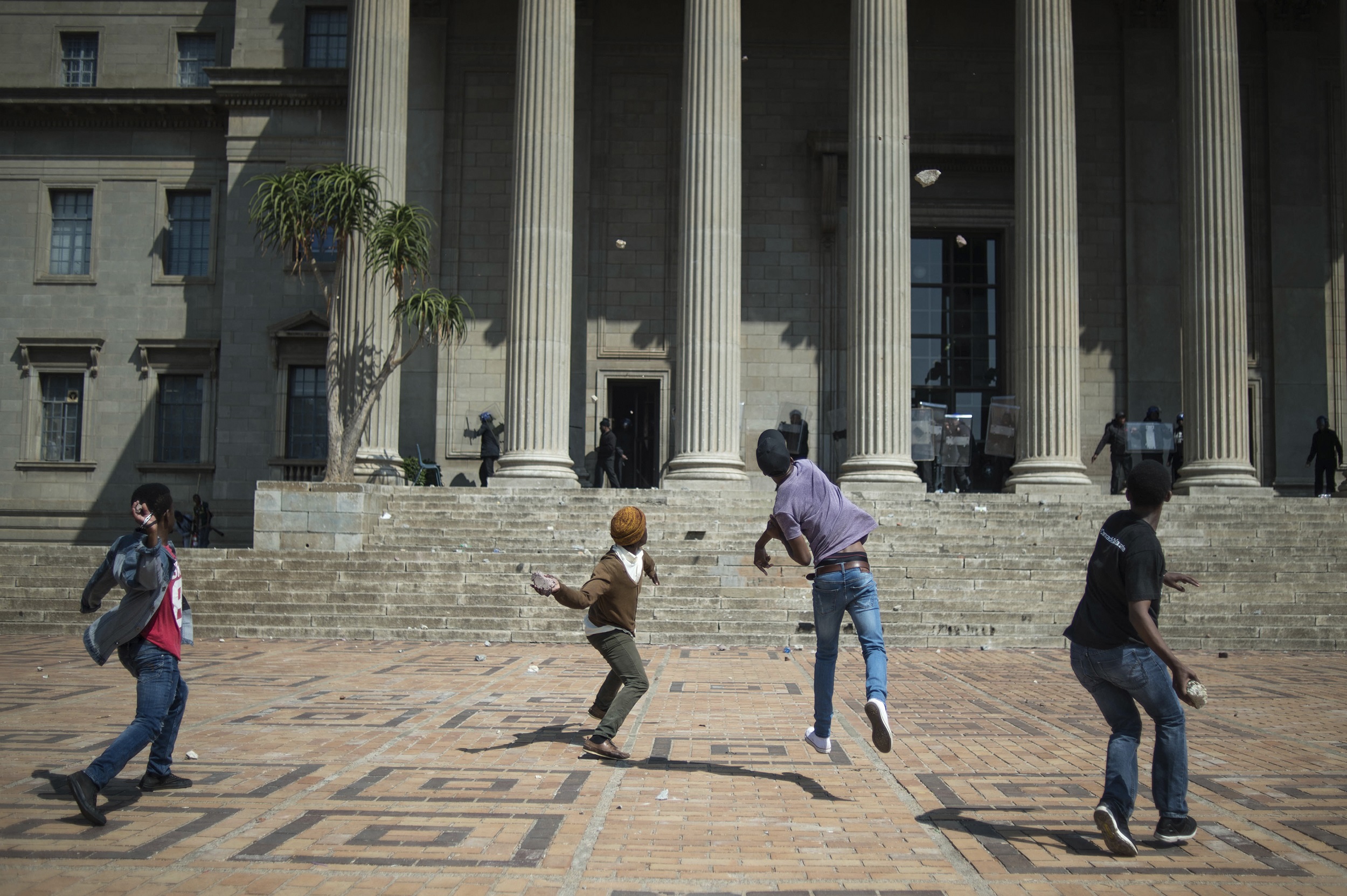 Students from the University of the Witwatersrand pelt with stones university security guards during clashes at a demonstration against university fee hikes.

JOHANNESBURG - Wits University will be closed for the rest of the week.

Only the residences and dining halls will operate as normal.

On Tuesday, students set about making the university ungovernable until their demand for free education is met.

They have rejected government&39;s decision to allow institutions to set their own fees for 2017, capping increases at 8 percent.

Student leaders attempted to maintain order but lost control when the crowd was prevented from entering The Great Hall.

Earlier, 31 people were arrested and then released on a warning for attempting to barricade entrances.

"I mean at the moment, since last year this movement was  free education. But it’s surprising that we are still discussing fee increment. Why are we talking about increments."