Woman held at OR Tambo for smuggling rhino horn 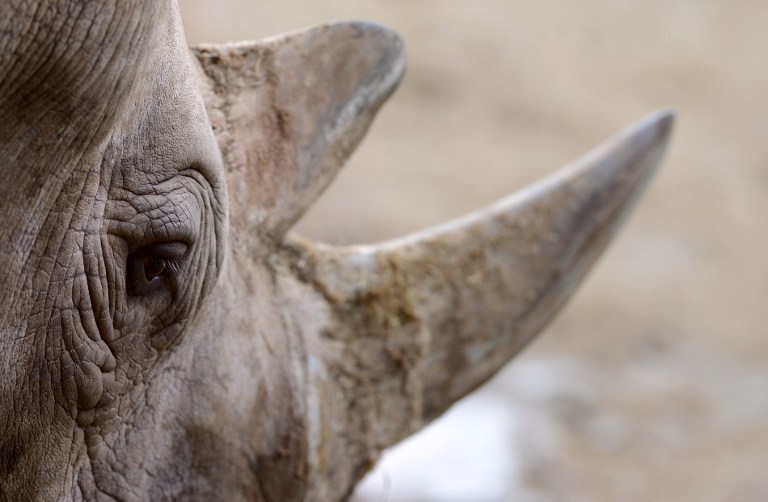 Duma, a female white rhino, looks on in her pen on October 4, 2012, in the zoological park of Peaugres, central France.

JOHANNESBURG - Police arrested a 24-year-old woman with 20kg of rhino horn before boarding a flight bound for Hong Kong, a spokesman said.

The woman -- whose nationality has not been revealed -- was detained at the OR Tambo International Airport while in transit from the Zambian capital Lusaka.

She has been charged with contravening laws that protect endangered species.

South Africa is battling a scourge of rhino poaching fuelled by insatiable demand for their horn in Asia, where its powdered form is mistakenly believed to have medicinal powers that could cure cancer or act as an aphrodisiac.

Roughly a quarter of the world rhino population has been killed in South Africa, home to 80 percent of those remaining, in the last eight years.

The South African government this week revealed that 529 rhino were poached for their horns in the first half of the year, a slight decrease from 542 killed during the same period a year ago.