JOHANNESBURG - The three women involved in an altercation with a group of men -- including Higher Education Deputy Minister Mduduzi Manana -- want him out of the job.

The women are demanding justice following the incident at a Johannesburg club.

The deputy minister has apologised to the women and an assault case has been opened at the Douglasdale police station.

“I would hope that I will get justice in a timely manner, it would not drag on for years and years," said one of the victims.

"We need to remember that this is not normal. It's not normal for a minister in government to be assaulting women under any circumstances," said Sanja Bornman.

"We can't tolerate this as a society. He needs to step down."

END_OF_DOCUMENT_TOKEN_TO_BE_REPLACED 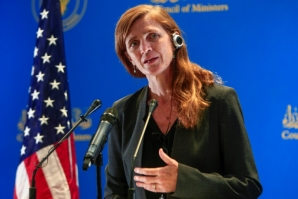