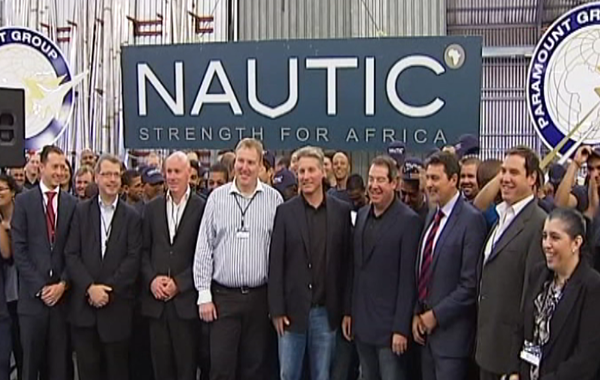 CAPE TOWN - South Africa and the rest of Africa might not have to rely on Europe, Asia and the US&39;s help for our naval requirements to be met. Soon, the needs could be met right on the doorstep of Cape Town.

The Paramount Group, Africa’s largest privately owned defence and aerospace firm, announced a partnership with Cape Town based shipbuilder Nautic Africa on Thursday. The company said they were able able to produce the kind of world-class vessels that could be used in the fight against piracy. This partnership comes at a time of increasing need to patrol the continent’s coast and to protect strategic assets like oil pipelines.

“We would like to see a situation where African countries, and certainly South Africa, never has to go abroad again to buy these capabilities. Now, there are certain things we are not being able to do, and there we partner the best of breed in the international market. But whatever we can do, wherever we do have the technologies, we would appeal to African countries, appeal to the South African government to source domestically,” Paramount Group’s Ivor Ichikowitz said.

“Let’s find African solutions to African problems. Let’s produce African products that can meet our market need. That’s how we are going to grow jobs, that’s how we going to improve our economies,” added Ichikowitz.

The partnership promises to pump millions of rand in the local economy, and the Paramount Group and Nautic Africa hope their workforce will double by 2015. James Fisher of Paramount told eNCA that the project would help with skills development.

“They are all locally based and we also have apprentices programs. We are up-skilling people from basic, sometimes from cleaners to welders. We have boilermakers, electricians, plumbers, engineers, naval architects and, of course, your other basic skills,” Fisher said. He added that the group hoped to be build ships for the South African Navy in future.