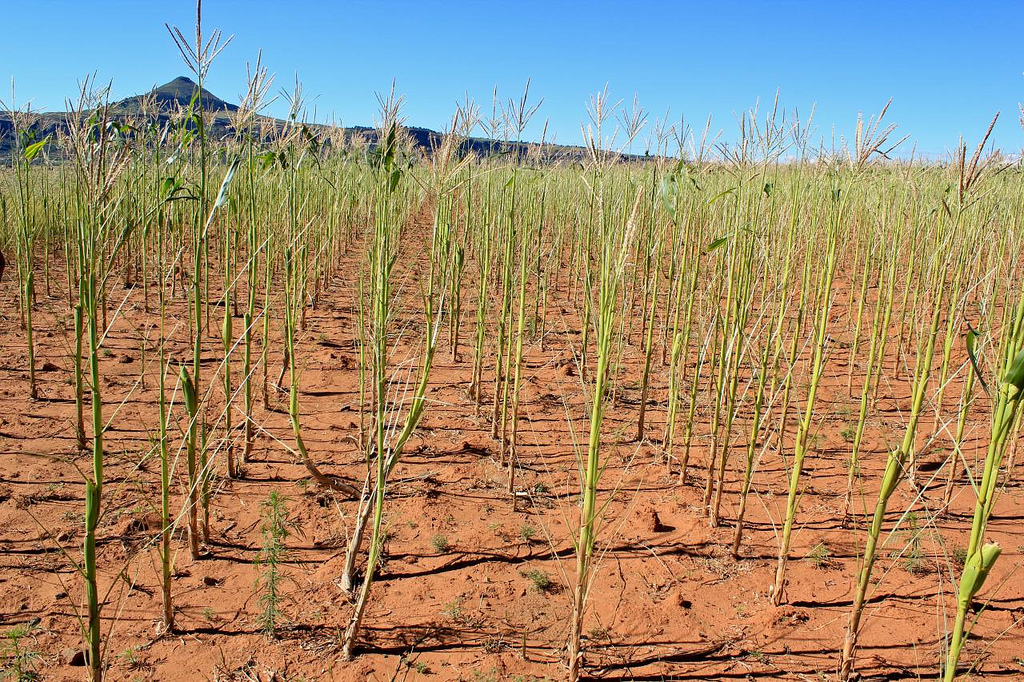 FILE: Armyworms wreaked havoc in this field leaving only stalks. Some farmers in Lesotho are dealing with armyworms for the first time.

JOHANNESBURG – Farmers in Limpopo, the North West and Free State have reported an unusual type of worm is ravaging their crops.

And Dr Marinda Visser, the manager for industry services at GrainSA, says it is suspected to be the fall armyworm, which is new to our shores.

"We know very little about it. We are relying on literature. Our scientists are looking into the life cycle of this particular pest. We know it is quite devastating. Why? Because the host range is so wide. It does not  affect only grains and oil-seed crops. It affects flowers, wild plants, fruit and vegetables.”

There are 31 different species of armyworm.

Dr Gerhard Verdoorn, a Crop Life South Africa consultant, says: “I have seen many pictures that came from farmers and researchers from the field where they took pictures of this particular armyworm and also the moths. And if you compare those pictures with what we got from the US Department of Agriculture it looks 100 percent the same. To me it is confirmation that this is the fall armyworm because everything points to it. Now we will get the cherry on the cake once they have got the genetics sorted. But I have no doubt this is the fall armyworm.”

The American or fall armyworm is believed to have ravaged crops in Zambia, Zimbabwe and Malawi.

Last year, a crippling drought forced South Africa to import more than a million tons of maize and farmers can ill afford another setback.

“It caught us totally pants down," said Verdoorn.

"We had a teleconference to decide what is going on on the ground right now. What do we need to do immediately to bring it under control? What are the medium- and long-term objectives? I am very convinced that between the industry sector that supplies the pesticides, the agricultural sector that produces the maize, and the Agriculture Department as regulatory authority, will do the right things to at least bring the pest under control so that we don’t lose the major part of our maize crop.”

A working committee comprising government, industry and scientists is running genetic tests and hopes to have confirmation of the worm's identity by the end of the week.