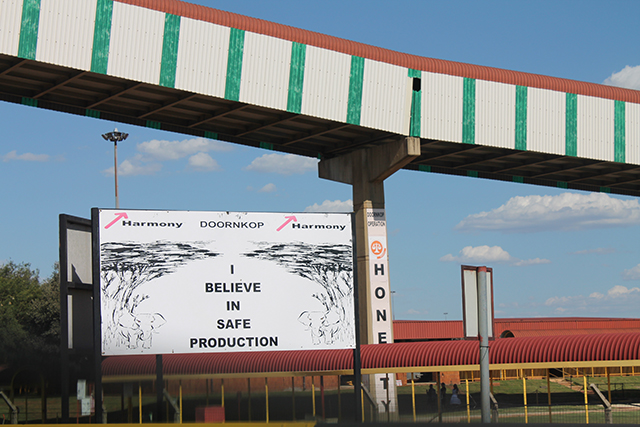 Johannesburg Nine miners lost their lives undergrou JOHANNESBURG - Hundreds of mourners gathered outside Harmony's Doornkop mine outside Johannesburg on Wednesday to pay tribute to nine miners who died in an underground accident last week.

JOHANNESBURG - The poignant and the political clashed on Wednesday at a memorial service for nine miners who died in an accident underground last week.

The occasion for the workers from Harmony Gold&39;s Doornkop mine was marked by regret from mine bosses and harsh words from union officials, who have for weeks been engaged in wage disputes with employers.

"This accident was a very unfortunate accident. This does not reflect the hard work that&39;s being put into safety at Doornkop," Harmony Gold CEO Graham Briggs told several hundred mourners gathered under a marquee tent near the mine outside Roodeport.

Briggs said Harmony would work with the Department of Mineral Resources in its investigation into the accident.

He concluded with a prayer for no more accidents on the mines.

The mood changed when Thamsanqa Mathosa from the National Union of Workers stepped onto the podium.

Mathosa expressed his condolences to the families of the nine men. But he laid into Harmony, questioning its safety standards.

He said last week&39;s deaths could have been prevented if a rescue team was based at the site, as was the case at other mines.

He also referred to an industry agreement dating back to 1987, which he said had promised greater benefits to the dependents of miners who had died while on duty.

He cited the crippling 21-day strike of 1987 -- the year dubbed "The Year the Mineworkers Take Control" by the NUM, which at the time was led by ANC deputy president Cyril Ramaphosa. More than 300,000 workers downed tools during the industrial action.

Ramaphosa has since become a mining boss himself.

Many mourners cheered loudly on Wednesday as Mathosa pitted workers against their employers.

"We don&39;t enjoy blood gold or blood profits. We are saying: to mine doesn&39;t necessarily mean that somebody is going to be maimed or injured. What kind of gold would that be?" Mathosa said.

Harmony chairman Patrice Motsepe spoke after Mathosa and said he would prefer to wait for the outcome of the DMR investigation before commenting on the allegations Mathosa had raised.

Motsepe sought the forgiveness of the families left behind by their breadwinners. But he made it clear he felt the industry had a future and that miners had a role to play in it.