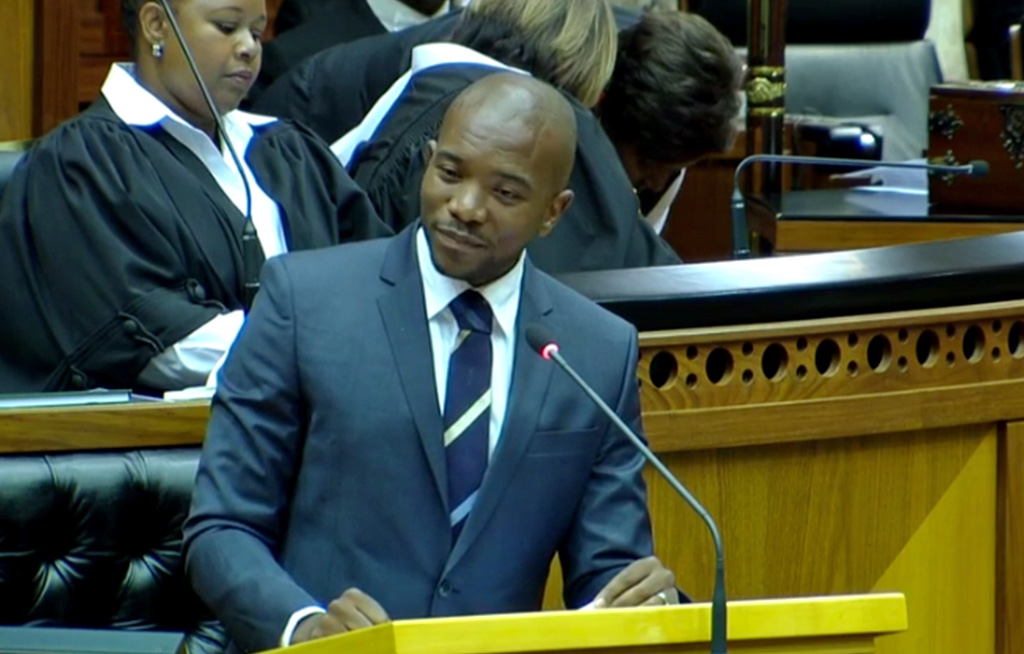 DA parliamentary leader Mmusi Maimane during the State of the Nation Debate.

Maimane was responding to Zuma&39;s State of the Nation Address, which was delivered on Thursday last week, in a debate in Parliament.

He was refering to Zuma&39;s response to the violent ejection of Economic Freedom Front members form the National Assemby, after members of that party were removed from the house.

“We knew that our democratic order was in grave danger. But here the question Mr President, what did you do? You laughed," Maimane said.

"Honourable President, in these very chambers just five days ago, you broke Parliament," he said.

Maimane walked out of the assembly along with the entire DA caucus after Speaker Baleka Mbete could not explain who had removed the EFF MPs.

"We will never ever forgive you for what you did on that day. I lead my party out of this chamber because we could not sit by and watch our democracy be destroyed," Maimane said.

He questioned Zuma&39;s plans for economic growth, saying it was more of the same.

"When you stand here and promise more of the same, we simply cannot believe you," Maimane said, citing promises of jobs and electricity generation.

"It is a fact that black children still do not have the same opportunity as black children. Life in South Africa is certainly better than it was during apartheid. But we need to hold ourselves to a much higher standard than that," he said.

"You must abandon the R1-trillion nuclear deal...the secrecy around this deal means there&39;s scope for corruption on a mega-Arms Deal scale," Maimane said.

He also called for Zuma to  "break the Eskom monopoly" to allow for private electricity generation.