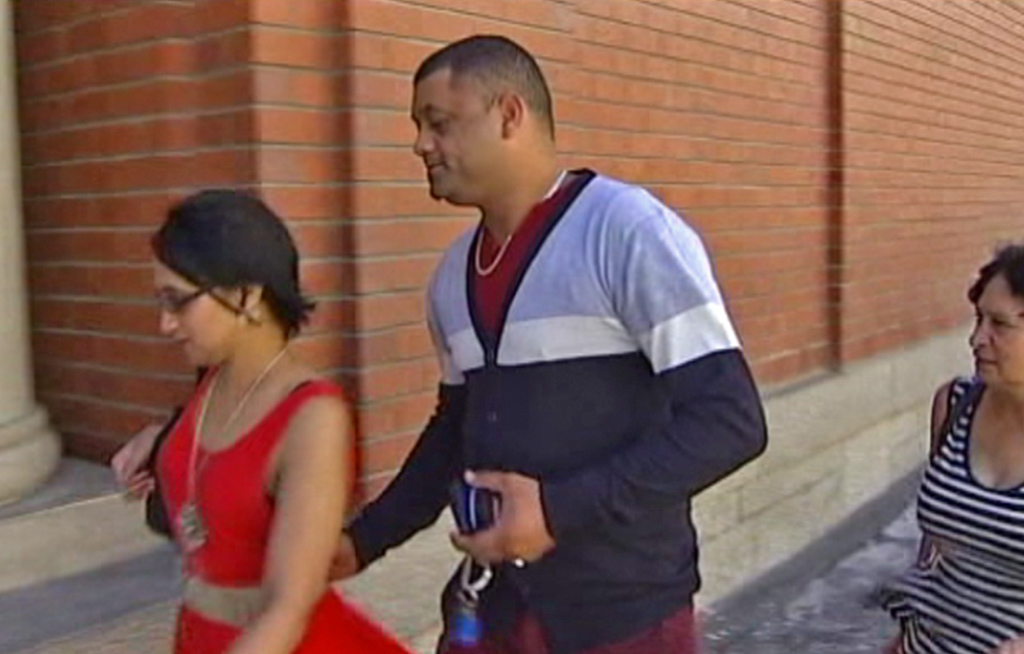 Prosecutors say they're open to doing a plea deal with the woman accused of kidnapping Zephany Nurse 17 years ago.

CAPE TOWN - Cape Judge President John Hlophe was forced to intervene when the biological mother of Zephany Nurse directly addressed her alleged kidnapper in a raised voice on Monday.

Nurse&39;s biological parents took the stand in the Western Cape High Court to describe the impact of their daughter’s kidnapping on their  family and marriage.

Looking directly at the woman convicted of kidnapping her infant child, Celeste Nurse said: “Listen to me carefully” as she described how her world had become a “bleak and miserable place” when her three-day-old daughter was snatched from her hospital bedside on April 30 1997.

Hlophe warned her that they were not in an American court and directed the prosecutor to ask her questions, rather than allow her to read out a prepared statement.

The petite and softly spoken mother then described the emotional turmoil she suffered after her firstborn child was snatched. She said she would put a picture inside Zephany’s carry cot and talk to her.

“Dogs would bark and I would ask my husband to check if the child was outside. I tried to take my life. I felt nobody understood what I was going through.”

She told the court her husband had blamed her for the kidnapping for several months, and had been angry that she had been sleeping when the baby was taken.

The mother said she would wake in the night and think “it’s dark, you are lost in the world and I don’t know where you are”.

Celeste Nurse said everything had changed since her missing daughter was discovered in February 2015.

“It’s not easy. She has outbursts and I don’t know how to deal with it. I don’t know how. In the beginning it was very difficult, because I gave birth to her. I had her in my womb for nine months. I found her and now I have to let her go again. I have to lose her all over again.”

Struggling to hold back tears, she said her relationship with Zephany was “strained”. She also questioned why her daughter had not been placed in a safe house, but was instead allowed to live with the kidnapper’s husband.

She told the court that Zephany was “confused” and had even asked: “Mommy, why did you give me away?”

The accused’s version, which the court rejected, was that Zephany’s parents had given her away and that she had bought the infant from a woman called Sylvia.

Nurse also testified that the kidnapping had impacted on her marriage and the way she subsequently raised her children. There was a four-year gap between Zephany and her next child as she believed Zephany would be returned to her.

In February 2015, her divorce from Morne was finalised.

Celeste said she wanted her daughter’s kidnapper to look her in the eyes and apologise, but instead she had shown no remorse.

“The scars of this crime will never be erased.”

She said when she was first reunited with her daughter they had seen her regularly, but the relationship later became strained and she went without seeing her for several months.

READ: Zephany had everything - friend of alleged kidnapper

Morne Nurse also described the devastating impact of the kidnapping, saying “emotionally it made me a wreck completely. I couldn’t eat for days. It was killing us as a family”.

He conceded that he had blamed his wife for the kidnapping and said she had blamed him for not being present. “At the time I was broken, devastated and angry.”

He said it had been a complete nightmare, but they had held onto hope that their daighter would be found, inviting the media around every year when they celebrated her birthday.

He said he and Celeste were overly protective of their other children and that they had had no freedom.

Over the years, false leads and hoax calls renewed their hope, only for these to be dashed again.

Four years later when his second child, Cassidy, was born, “some of the sanity came back”. He called her “my little pain away” as she took away the longing he felt for his firstborn.

He said they always believed Zephany was alive and that she would come home eventually.

But the father broke down as he told the court he did not have a relationship with his daughter.  “You find your daughter and the next minute you have no contact with her.”

Court was adjourned early as the father battled to compose himself. He is expected to continue his testimony on Tuesday.

The accused showed no emotion in the dock.

She has been behind bars since her conviction in March this year and is not allowed to have any contact with Zephany. Her identity cannot be released in order to protect the new identity she gave Zephany.

After an almost two-decade search for their daughter, the Nurses found her when their second born started high school at the same school as her and pupils remarked on their similarities.

The Directorate for Priority Crime Investigation (Hawks) were called in to investigate, and after DNA tests were done it was confirmed she was indeed the child they had been searching for.