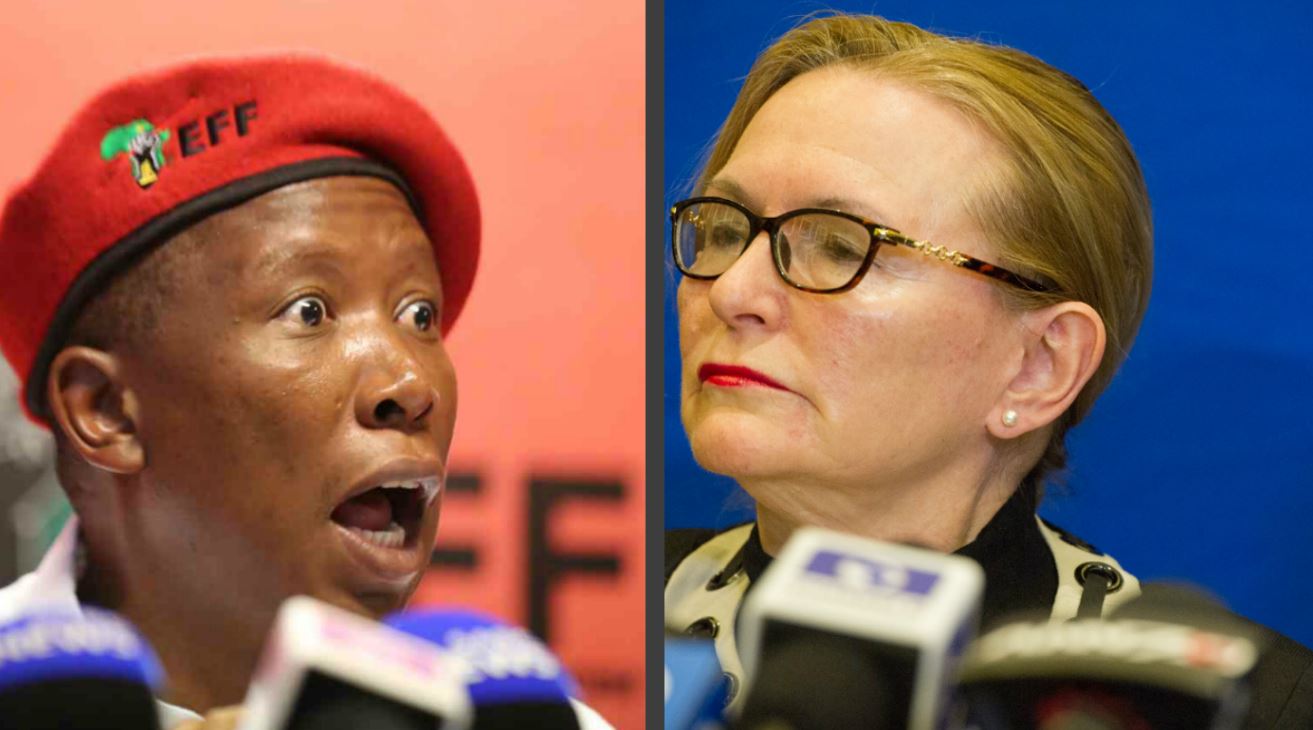 It all started when a tweep applauded the DA for ensuring President Jacob Zuma is charged for corruption.

The comment escalated to a brawl with Nelson Mandela Bay Metropolitan Mayor, Athol Trollip, accusing the EFF of flip-flopping on matters of national importance.

Compare this consistent principled determinnation with the EFF Flip flopping on this issue. In fact if you research the EFF positions on issues of major national importance since their inception, you will see that “Flip flopping”is the only constant. https://t.co/6m3cwfpbl7

There you go, Julius you’ve now confirmed the real reason for my removal. Not those fudgey contrived reasons provided in your Councillors motion. Just have the courage of your racist convictions and say what you mean.

The conversation quickly turned into one about race.

Malema says he has no sympathy for whites.

And there you have it folks. Undisguised racism. Nothing to do with performance, work ethic, delivery, integrity. Just the colour of Athol&39;s skin. Apartheid and racial prejudice live on. https://t.co/MOz2ornN6k

I trust that, to be consistent in his racism, Julius chooses to eschew the skill and commitment of every white person. For example, I trust that none of his son&39;s teachers are white. https://t.co/MOz2ornN6k