With Zille out, the DA race is on 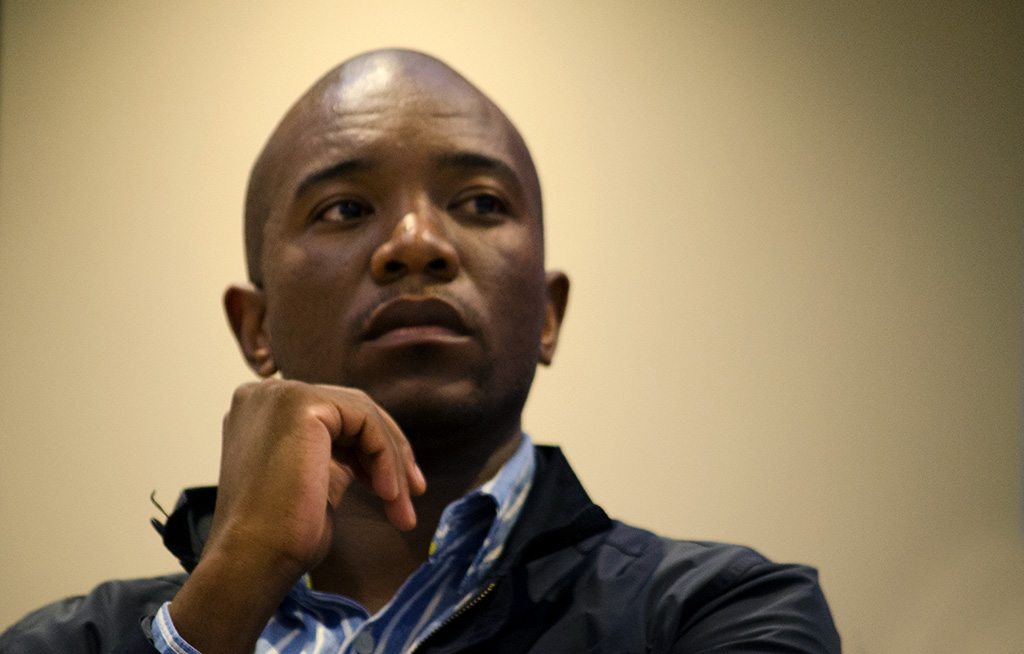 Democratic Alliance (DA) parliamentary leader Mmusi Maimane listens as party leader Helen Zille announced her resignation from the election race before the party's 2015 congress during a party briefing on Sunday, 15 April 2015 in Johannesburg.

JOHANNESBURG – Weeks before the DA&39;s national congress in Port Elizabeth, leader Helen Zille has bowed out of re-election, leaving the party&39;s top job up for grabs.

As things stand, however, no strong contenders for the leadership position are officially in the running for the party&39;s top post.

But the party&39;s national deputy spokesperson predicts all will be revealed soon.

"I think the next 24 hours (are) going to be crucial," Makashule Gana told eNCA.

"People who never thought that they will put their names forward, have to think and have to think quick, because the congress is on the 9th of May."

On Sunday, DA leader Helen Zille announced she would not be standing for re-election next month. She has led the party since May 2007.

"I will be not available for the DA&39;s federal congress on May the ninth," said Zille at the start of the media briefing at the OR Tambo City Lodge hotel in Johannesburg.

Zille said so far, only two candidates had thrown their hats into the leadership ring but she did not know them: Jack Swart and Neil Els.

Mmusi Maimane, the DA’s parliamentary leader, appeared shaken by the news, saying he was not yet in a position to comment on whether or not he would be making a bid for the position.

Speaking to eNCA reporter Xoli Mngambi, Maimane said he considered Zille&39;s decision to be a "sobering moment" and he would need to reflect on what it meant for the DA.

But Maimane told Mngambi: "I really love my role in Parliament, I&39;m fulfilled by it."

He told another reporter, who pressed for an announcement on whether or not he would run for leader, "Let&39;s not get into that".

During the 2013 national election, Maimane stood as the party&39;s candidate for premier in Gauteng.

Maimane has made several scathing speeches against President Jacob Zuma, particularly in relation to the spending on his private Nkandla homestead.

None of the possible candidates Du Plessis listed had formally announced any intention of running for leader by Sunday afternoon.

De Lille was seen at the hotel during a break in the meeting, but did not attend Zille&39;s press briefing.

Months ago, De Lille announced her intention to compete for the DA&39;s top position in the Western Cape, during the upcoming congress in May.

According to a report in the Sunday Times newspaper, unplanned meetings of the federal executive "are normally conducted by telephone" and it was unusual for the leaders to gather in person.

The same article, by Jan-Jan Joubert, Gareth van Onselen and Bianca Capazorio, stated members were "nervous" and "in the dark" before the meeting.

Zille&39;s announcement took place later than originally scheduled; she said some executive members had disagreed with her decision, and argued that she should stay on.

But the outgoing leader insisted her timing was correct.

"Very often people have asked me how long will you stay as the leader of the Democratic Alliance and I have answered, &39;I will know when the time is right&39;. And, believe me, I know that the time is right."

She denied that the DA had reached a ceiling in terms of voter numbers, saying instead she wished to step down before that occured.

Zille first stood as party leader in 2007 and has held the position for eight consecutive years, detailed in this eNCA.com timeline.

She reporters she was "no saint" and had made several mistakes during her tenure as party head, notably backing candidates for leadership positions.

Zille said she "would not make the same mistake" as outgoing leader and anticipated a rigorous leadership race ahead of the party&39;s congress.

MT: Zille @helenzille predicts leadership race will be fiercely contested, she has "made it her business not to get involved" @eNCAnews

Two political analysts who spoke to eNCA credited Zille with attracting new voters to the party, while an ANC official said the announcement signified the end of her political career.

“She did extremely well in the Tony Leon years to make the party more inclusive and more attractive to younger voters," he said.

"You suddenly had the DA present in campuses around the country. And she deserves massive credit."

Meanwhile, Steven Friedman, who directs the Centre for the Study of Democracy, observed that Zille focussed on appealing to black South African voters.

“Clearly, she was the DA leader who enabled it to speak to and relate to black South Africans and that is an important departure," said Friedman.

"Whether that had run its course, whether she had done all she could do in that, may well also be the case.”

In contrast, the ANC&39;s national spokesperson Zizi Kodwa was of the opinion Zille had reached a political ceiling and that the party was desperate to attract the black vote.

Commenting on her announcement, Kodwa said: "Zille bowing out is an admission that she and the DA has reached a political ceiling."