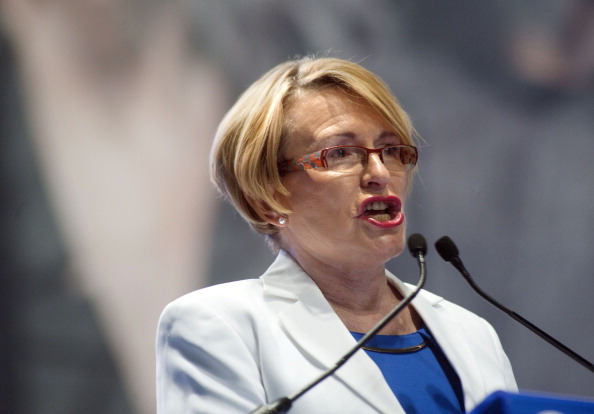 Democratic Alliance leader Helen Zille said on Sunday that her decision to continue in her role as Western Cape premier, rather than serve as parliamentary leader, was the "least worst" decision she could make.

CAPE TOWN - Democratic Alliance leader Helen Zille said on Sunday that her decision to continue in her role as Western Cape premier, rather than serve as parliamentary leader, was the "least worst" decision she could make.

She also suggested that there was an escape clause to return her to Parliament if this began to seem necessary.

"There is a way out," said Zille, explaining that the party would reassess the situation in a year&39;s time to "see if it is working.

"If not, one possibility would be to swap with someone in Parliament, so that I can be on the national list and lead the DA in Parliament."

Zille said that her name was not even on the national list at the moment because it had been removed after she decided she would "honour" her word to voters that she would stand as premier, following the 2014 general elections.

This was an action, Zille said, that could not be reversed for at least a year.

"So even if we now thought it best for me to return to Parliament I would technically be unable to do so."

Zille said that "most" of her colleagues agreed with her decision.

"All things considered, I think the decision to remain premier is probably the least worst under present circumstances."

Zille said she was confident that the parliamentary caucus would elect a "great leadership team that will combine deep experience with new blood and that we will work well together."

This week, Mmusi Maimane - who is widely believed to have the backing of Zille - confirmed he would stand for election to the position of parliamentary leader of the DA.

Previously, Lindiwe Mazibuko headed the DA&39;s representation in Parliament since 2011 - at the time being the youngest MP and the first black female woman to lead the official opposition in Parliament.

However, shortly after the results of this year&39;s elections, Mazibuko announced that she would quit her position to study at Harvard University in the United States.

At the time, Zille told Beeld newspaper that Mazibuko would not have been re-elected as the party&39;s caucus leader and as such Harvard must have been her "Plan B".

"She would have lost the election... She knew it and many other people knew it."

This week - as reports emerged of factionalism in the DA - Zille told the Mail and Guardian newspaper that there was an "issue" in the party.

She also told the newspaper that there were people in the party&39;s federal executive who wanted to see her “destroyed in the party so that their chosen people can succeed”.

In Sunday&39;s statement, Zille also suggested that there was more to still tell about the party&39;s ill-fated offer to name Mamphela Ramphele as its presidential candidate.

"Very few people know the truth about how it started or unfolded."

In early 2014, Agang SA leader Mamphela Ramphele accepted the DA&39;s offer. However, Ramphele subsequently pulled out of the agreement.

She has since decided to take a break from politics altogether.

On Sunday, Zille said, nevertheless, she still believed that it would have been a greater disaster if they had not offered Ramphele the position.

"As bad as my decision was, it was probably the least worst," she said - adopting the same turn of phrase with which she framed her current decision to stay premier.