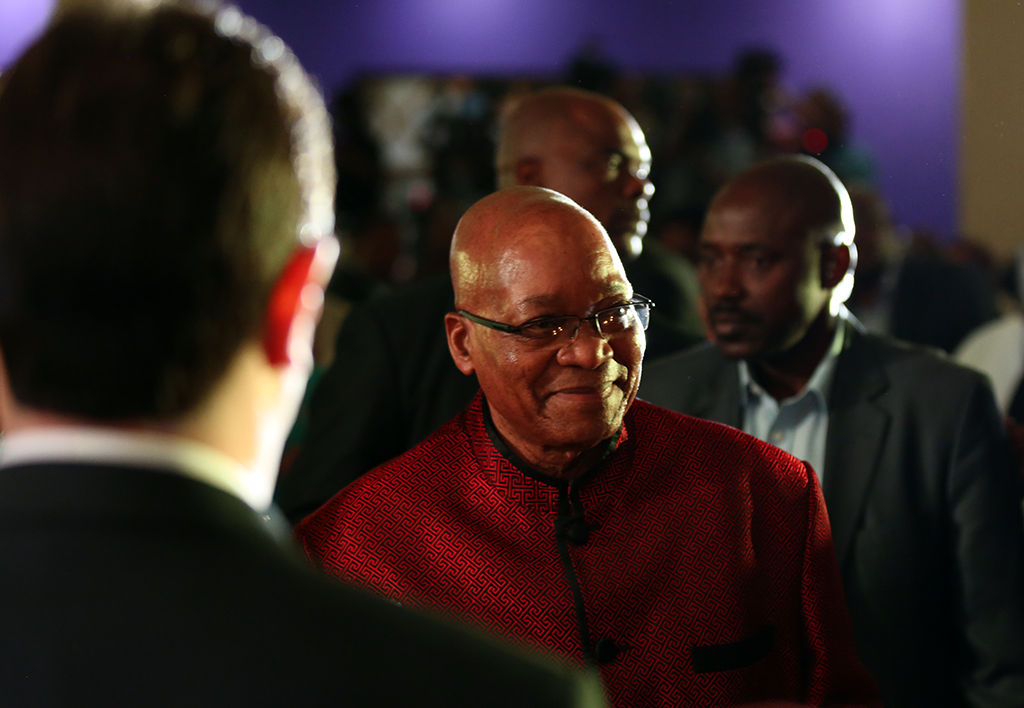 NELSPRUIT - President Jacob Zuma has addressed a clash between the Economic Freedom Fighters (EFF) members and members of the ANC at Nkandla.

During a televised broadcast of The New Age business breakfast on Monday, Zuma said the party did not "approve of violent action against people who are exercising their democratic rights".

He was speaking after 30 ANC members were arrested on Saturday for public violence.

The members allegedly threw stones at EFF members shortly after the handed over a house to a Nkandla resident.

Addressing the incident, Zuma said he was informed that Malema attempted to walk into his Nkandla homestead and was stopped by security personal.

He told those attending the breakfast that there was "nothing wrong" with Malema&39;s assistance of a poor person -- even in Nkandla (where Zuma is building a multimillion rand private home).

He said that in the climate of political debate people used many actions to disagree.

"Booing is a part of self-expression," Zuma said. He was referring to mourners booing at him during former president Nelson Mandela&39;s memorial service at FNB stadium on December 10, 2013.

The ANC recently celebrated its102nd birthday and the release of the ANC&39;s election manifesto. In the manifesto, the party pledged to provide six million jobs to South Africans.

On Monday, Zuma said the ANC remained [intact] even when members left the party.

Asked whether he believed EFF president Julius Malema would eventually ask to be readmitted into the ANC&39;s fold, Zuma said: "I would not be surprised if he did come back."

Meanwhile, in response to the incident ANC Deputy President Cyril Ramaphosa told eNCA all political parties have a right to campaign freely without feeling threatened or intimidated by others.
(Watch Ramaphosa&39;s address in the gallery. You can catch the full interview on the Justice Factor tonight at 8:30.)