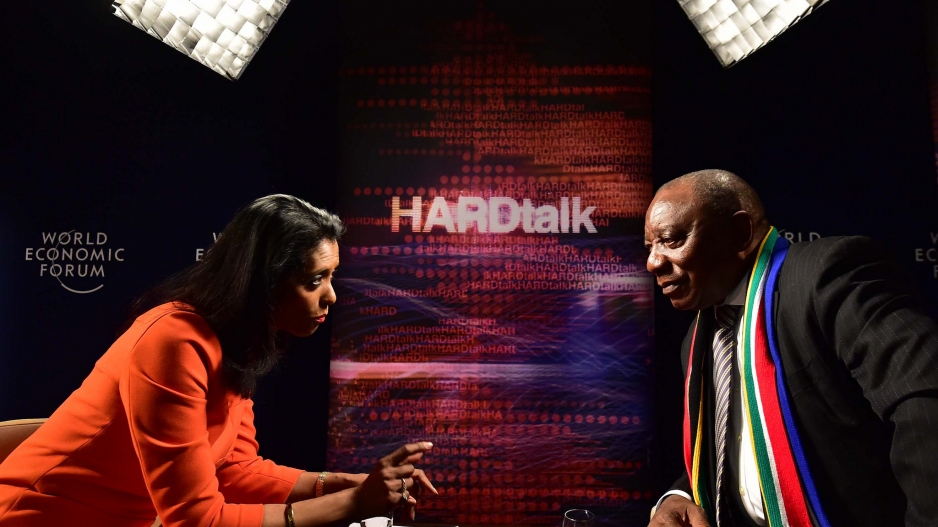 Deputy President Cyril Ramaphosa during an interview with BBC Hardtalk's Zeinab Badawi on the sidelines of the World Economic Forum in Davos, Switzerland, 2018.

Ramaphosa made the comment during an interview with BBC Hardtalk&39;s Zeinab Badawi on the sidelines of the World Economic Forum in Davos, Switzerland.

The pressure continues to mount on Zuma, following the release of the terms of reference of the state capture inquiry, which will, among other things, probe whether he "played any role" in alleged offers of cabinet positions by the Guptas, and whether he or members of the executive facilitated unlawful tenders to parastatals for the benefit of the Guptas or others.

Ramaphosa has described Team SA&39;s time in Davos as positive and welcomed the release of the terms of reference.

“The positive thing about all this state capture we are now going to go to the depths of what corruption has been taking place in SOEs… We have an independent judge (leading the inquiry) and this process will go along identifying those who have committed wrong and making sure they are brought to book,” he told a media briefing at WEF on Thursday afternoon.

"A new dawn is on the horizon, we are now involved in a new era in South Africa. There&39;s a new leadership (of the ANC) and this new leadership is just barely a month old in its position," Ramaphosa replied.

"We are dealing with this matter and obviously the key matter everyone wants to see addressed is the tenure that President Zuma still has to serve out."

Zuma still has about 18 months left in his presidency depending on when the 2019 national election is held.

When asked about whether the president is feeling under pressure, Ramaphosa said it would be natural for Zuma to feel the heat.

"Obviously, any normal human being would be anxious, would be concerned about all this. So, he is naturally feeling anxious and he wants matters to be handled in a way that... they would be handled carefully," said the deputy president.