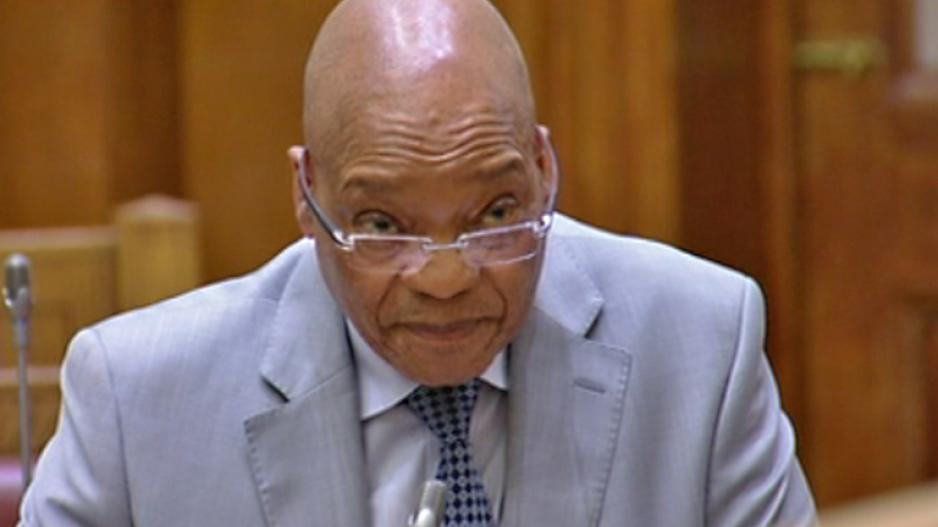 15 May 2015 - President Zuma has refused to be drawn into his son's xenophobic comments. He was responding to questions in the National Council of Provinces on Thursday.

PRETORIA – In court papers filed on Monday President Jacob Zuma argued the DA sought to reinstate criminal charges against him in a politically motivated witch-hunt.

In heads of argument submitted to the High Court in Pretoria, he said the DA&39;s application for a review of the withdrawal of a case of alleged corruption relating to arms trading in 2009 was politically motivated.

He said the party&39;s bid was deeply flawed because it ignored an National Prosecuting Authority&39;s (NPA) decision not to prosecute Zuma due to concern the legal process had been abused for political ends.

The review application should therefore be dismissed with costs, argued Zuma&39;s legal representative.

"The Democratic Alliance brought this review in undue haste to further its political battle with the ANC," read the argument, "consciously disregarding the obvious context of the decision, which is that the NPA discontinued the prosecution because the prosecution of Zuma had been used for ulterior purposes, namely political ends and that the process had been marked by abuses."

This was the main thrust of Zuma&39;s representations to the NPA demanding that it drop charges.

Shortly before the 2009 national elections, then-acting NPA head Mokotedi Mpshe withdrew more than 700 charges stemming from the 1999 arms deal. A legal challenge by the DA followed. It had spanned over six years.

Much of that time was taken up by a successful battle by the DA to secure the release of the so-called "spy tapes", wire-tapped conversations between the former heads of the now-disbanded Scorpions and the NPA, Leonard McCarthy and Bulelani Ngcuka.

Zuma argued that the DA made the mistake of reading Mpshe’s decision as anchored mainly in concerns that the tapes suggested McCarthey and Ngcuka had manipulated the timing of his indictment with a view to his looming power struggle with then president Thabo Mbeki at the ANC’s Polokwane conference.

“The NPA decision to stop the Zuma prosecution has never been solely about the timing of the indictment of Zuma.”

The president proceeded to argue that prosecutorial abuses and delays had marked the case against him, and that the DA’s review application was no more than part of its own political agenda against him and the governing party.

The timing of its application, weeks before the 2009 polls, further indicate that the true purpose of the legal challenge was to undermine the ANC’s election campaign, he claimed.

“It was brought for the purpose of damaging the ANC’s political campaign for the May 2009 elections,” he argued.

“In short, the review was fatally flawed from the start and the DA pursued the review for political purposes.”

He also differs in the 84-page submission with the DA’s stated view that, were its application for review to succeed, the charges against him would automatically be reinstated.

Zuma argues that the DA’s assumption is false because it ignores the fact that the charges were formally withdrawn in court.

“Perhaps the most telling reason that this review has been an abuse of process is that no practical relief can follow from setting aside the NPA’s decision… (It) ignores that the prosecution decision was terminated by the withdrawal in court.”

The DA’s case has seemingly been boosted by an affidavit from chief prosecutor Billy Downer stating that he believed the corruption charges were never fundamentally compromised by allegations of political meddling.