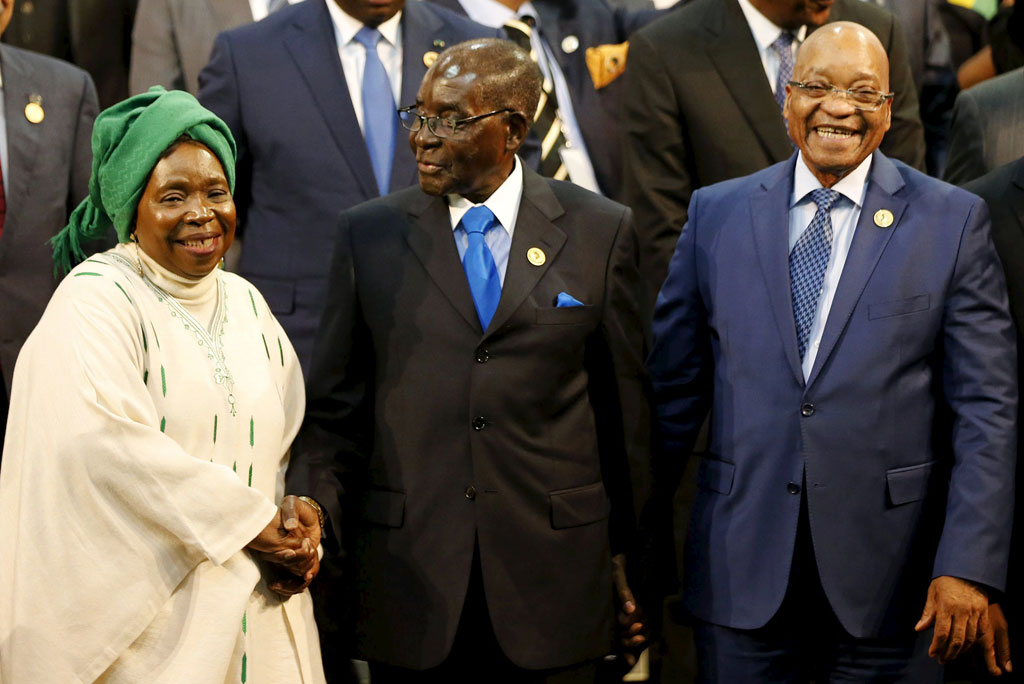 Chairperson of the African Union (AU) Commission Nkosazana Dlamini-Zuma (L) smiles as she is greeted by Zimbabwe's President Robert Mugabe next to South Africa's president Jacob Zuma ahead of the 25th African Union summit in Johannesburg June 14, 2015.

Minister in the Presidency Jeff Radebe and International Relations Minister Maite Nkoana-Mashabane is among the delegation travelling the the president.

The summit is scheduled for two days, starting on Saturday.

This year’s theme is &39;African Year of Human Rights with particular focus on the Rights of Women&39;.

The Presidency says the theme is fitting, as South Africa marks 20-years since its adoption of the Constitution and the Bill of Rights.

It is also 60 years since the momentous women’s march to the Union Buildings on August 9th, 1956.