Zuma asks courts to set aside State of Capture report 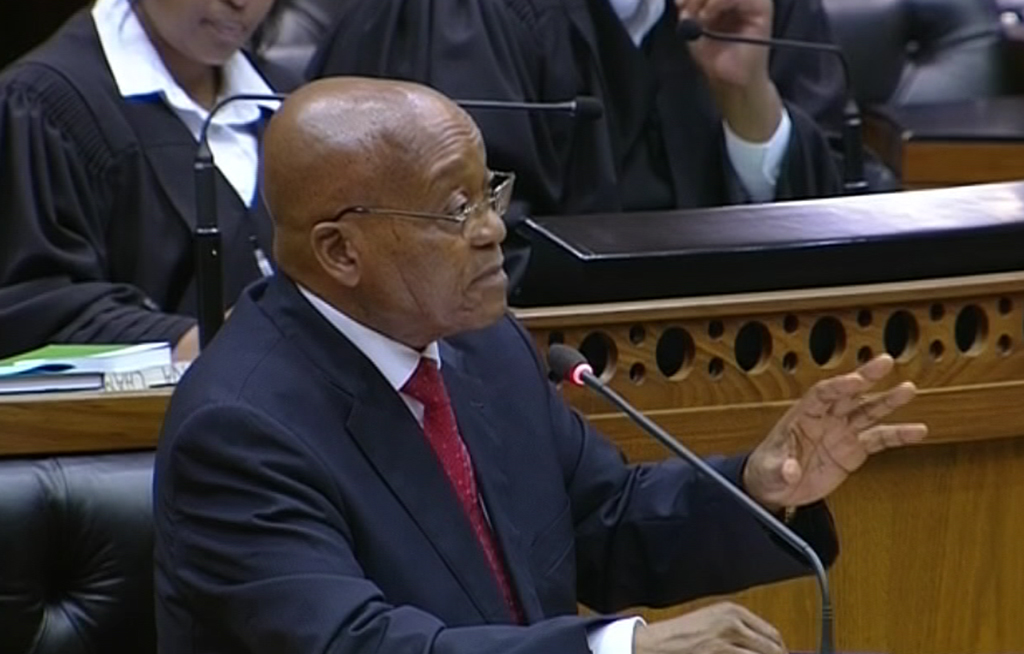 President Jacob Zumas decision to refer an anti-money laundering bill to the National Assembly, has been met with concern.

JOHANNESBURG - President Jacob  Zuma has asked the North Gauteng High court to refer back the state of capture report to the public protector, for further investigation.

He says it’ is unconstitutional for the public protector to dictate to him the terms of a commission.

The public protector’s state of capture report, released shortly before Thuli Madonsela left office, recommended that the chief justice appoint a judge to chair a commission of inquiry, into allegations of state capture.

But, Zuma now says she has made choices for him which are not permitted. Zuma says that as the head of state, only he has the power to appoint a commission of inquiry and cannot be ordered to do so by the public protector.

This is heart of the President's attack on @ThuliMadonsela3 #StateCapture report https://t.co/vGJhuXrEmF

The state of capture report details allegations of an improper relationship between the president and the Gupta family.

The report was released on 2 November 2 as a result of a court order, after Zuma initially tried to interdict its release.

The deadline for setting up the commission was this week, but instead the president filed papers in the North Gauteng high court.