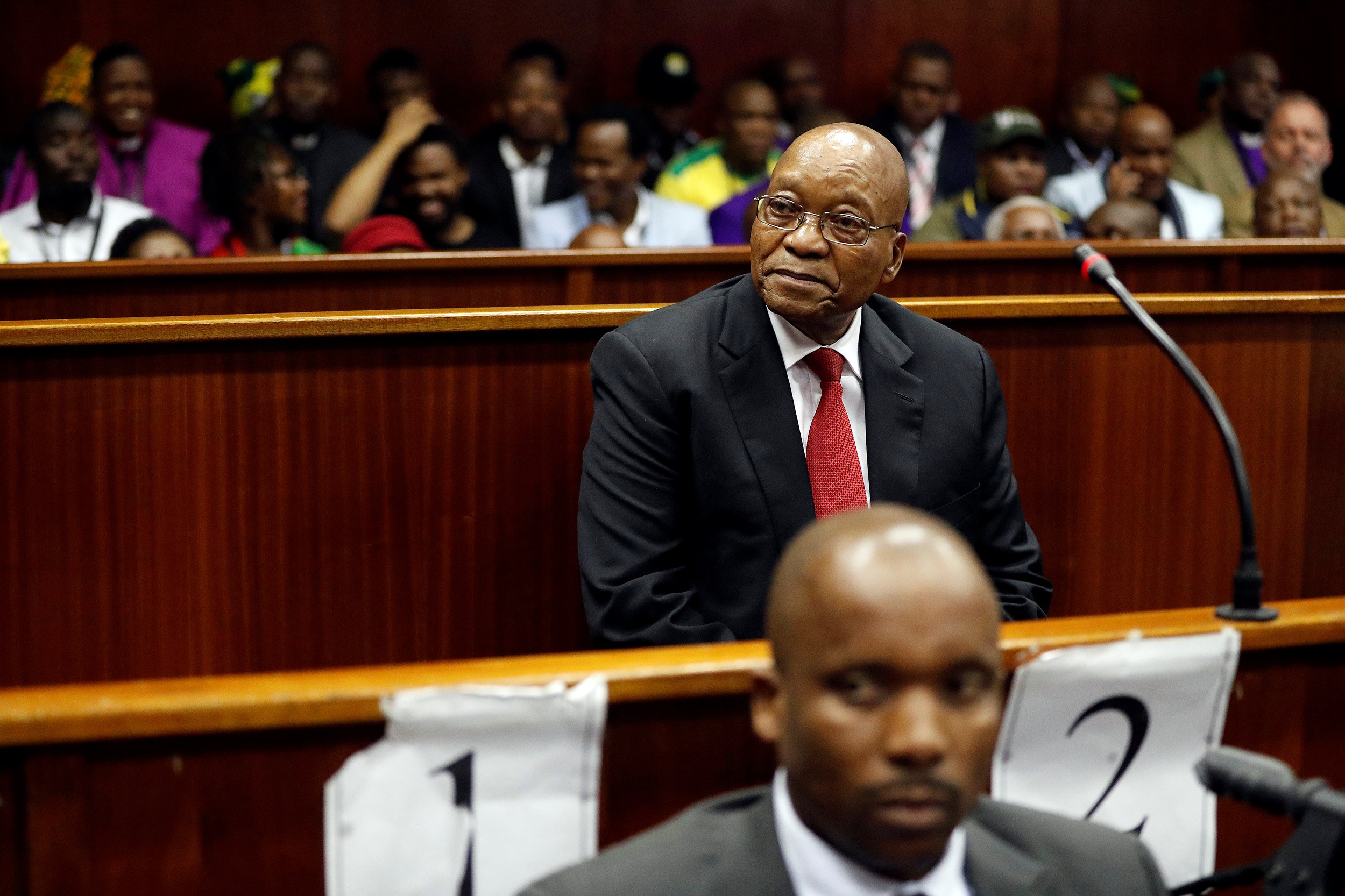 JOHANNESBURG – The case against former president Jacob Zuma was on Friday postponed to July 27 by the KwaZulu-Natal High Court in Durban.

He faces charges of corruption, racketeering and money-laundering.

The charges relate to the controversial arms deal of the late 1990s.

The National Prosecuting Authority announced in March that Zuma would face 16 charges – 12 of fraud, one of racketeering, two of corruption and one of money-laundering.

He had initially escaped prosecution, although his financial adviser Schabir Shaik was jailed for corruption in the arms procurement, and Zuma was fired as deputy president.

Many of his high-profile supporters were also in court.

Former President Jacob Zuma not yet in courtroom B of Durban High court. He is in a holding area. Supporters inside court include Hlaudi Motsoeneg and Des van Rooyen ZumaCharges @enca pic.twitter.com/nvCKZd31Vu

The matter has been postponed provisionally to July 27 to allow the State time to respond to the defence&39;s representations, which were only handed in two nights prior.

Downer SC suggests case is postponed to 27 July for Zuma legal team to get its house in order and for NPA to study Thales representations to withdraw case only submitted on Thursday. ZumaCharges

Zuma&39;s next court appearance will be at the High Court in Pietermaritzburg.

The former president&39;s defence also told the court it wants the matter around his legal funding resolved before the matter goes to trial in November.

Zuma&39;s lawyer Michael Hulley agreed with the State to a timetable for all applications and representations the defence wants to make.

Counsel for Zuma Michael Hulley tells Judge Mjabuliseni Madondo he is waiting for President Ramaphosa to give clarity on whether state will continue to fund Zuma legal fees. ZumaCharges @eNCA