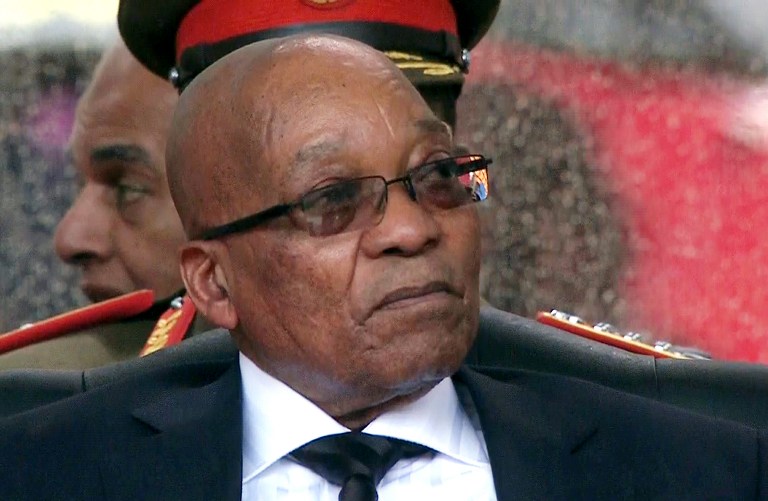 He was booed when he first entered the crowded stadium, and again when he prepared to speak. In contrast, U.S. President Barack Obama received a roaring ovation, and Zimbabwe&39;s Robert Mugabe and U.N. chief Ban Ki-moon were also cheered.

Some in the crowd accompanied the boos for Zuma with thumbs-down gestures and rotating hand movements, the sign for a substitution in a soccer match.

Ramaphosa seemed visibly startled, but managed to keep his composure.

The crowds continued to boo each time the president&39;s image appeared on the screens around the stadium.

"Mandela had a vision, Mandela lived that vision. But what Zuma speaks, he doesn&39;t live," said Funeka Gingcara-Sithole, 31, reflecting the mood of the Zuma critics in the stadium.

"He should do the honourable thing and resign," she said.

Members of the media commented about it on Twitter.

Overheard someone say "This crowd is ungovernable".. They applaud Obama, Ban Ki-Moon and yet again boo Zuma RIPMadiba @eNCAnews

Looks like Zuma booing is gonna be story of the day. No mistaking it now, this crowd is persistent. MandelaMemorial

Political analyst Justice Malala said this unprecedented response signaled that Jacob Zuma is an increasing liability for the ruling ANC in the run-up to elections.

“This week, people are trying to be as dignified as possible for Nelson Mandela,” Malala said.

“But when he is buried and the event is over, people will look back and say ‘we have just laid to rest an amazing leader, a leader who led.’”

“And questions will continue to be raised about [Zuma’s leadership]. He is on the path of diminishing returns for the ANC.”

At least 80,000 people thronged to FNB Stadium in Soweto to pay their respects to the former statesman, in spite of the rain.

After several speeches by dignitaries, Ramaphosa urged the cheering crowd to show restraint.

"Can I ask that we show discipline - the same discipline that Madiba exuded," Ramaphosa said.

He was forced to pause his admonition as US President Barack Obama and his wife Michelle were displayed on the screen and spectators cheered loudly.

ANC spokesman Jackson Mthembu called the booing a surprise, but played down the incident as a "little blot".

"It came as a bolt to all of us," he told eNCA television. "We were quite surprised."

END_OF_DOCUMENT_TOKEN_TO_BE_REPLACED 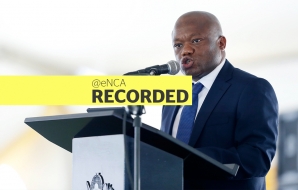