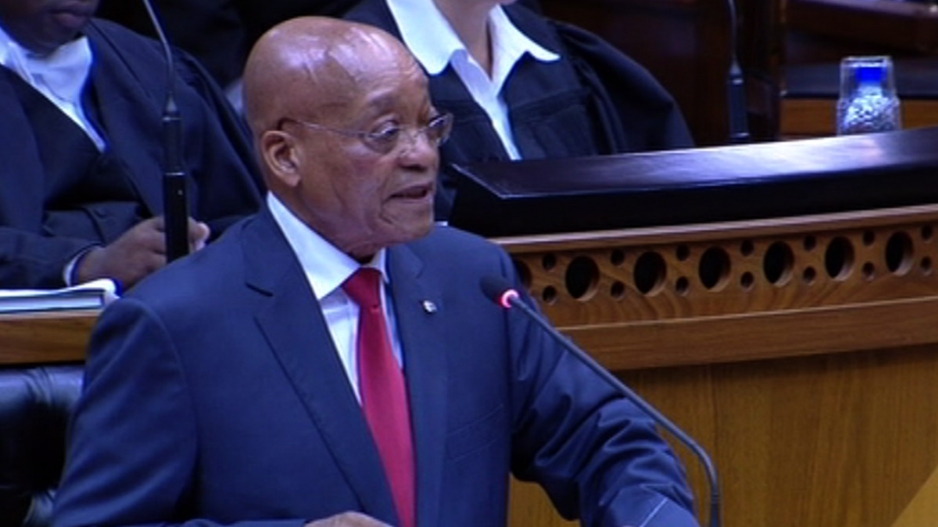 President Jacob Zuma explained foreigners would be restricted from owning agricultural land in South Africa. He clarified the policy during his reply to the SONA debate on Thursday, 19 February.

CAPE TOWN – President Jacob Zuma has called on fellow MPs to always remain calm and debate issues in Parliament in his SONA reply on Thursday in Parliament.

Zuma was responding a week after EFF members were forcibly ejected from the National Assembly at the outset of his State of the Nation Address.

The president also condemned the jamming of cellphone signals in Parliament, which the minister of state security has put down to a “technical error” caused by an employee who could face disciplinary action.

“The security cluster has addressed and clarified matters relating to the signal interference in the House last Thursday. It is an unfortunate incident and it should never happen again,” he said.

Zuma spoke for close to an hour-and-a-half, and addressed various issues including the energy crisis, concerns about the government’s land reform plans and allegations that his Jan van Riebeeck comments were aimed at chasing white South Africans away.

However, MPs appeared to be waiting with baited breath for Zuma to address the fracas which broke out when he addressed the nation last week.

“As we conclude the SONA 2015 debate we are reminded of the unfortunate incidents of last Thursday. We all have a responsibility to make Parliament work. Parliament is a very important institution where the hopes, dreams aspirations of all our people must find expression,” he said.

In an apparent jibe at the EFF, Zuma said whatever views MPs had about members of other political parties, “we need to preserve the dignity of Parliament.”

“We must ensure that our people do not lose confidence in Parliament’s ability to discharge its important constitutional responsibility to produce legislation aimed at improving the quality of their lives,” he said.

He said MPs should never allow anger to affect their judgement.

"Once you are angry, the capacity to think gets affected. I always believe you must remain cool and calm," Zuma said.

He added that MPs should not be offended by name calling  – an apparent reference to comments by Speaker Baleka Mbete, who referred to EFF leader Julius Malema as a cockroach.

She has since apologised.

Zuma said he had been called a dog many times, but never took offence because he knew that he was not a dog.