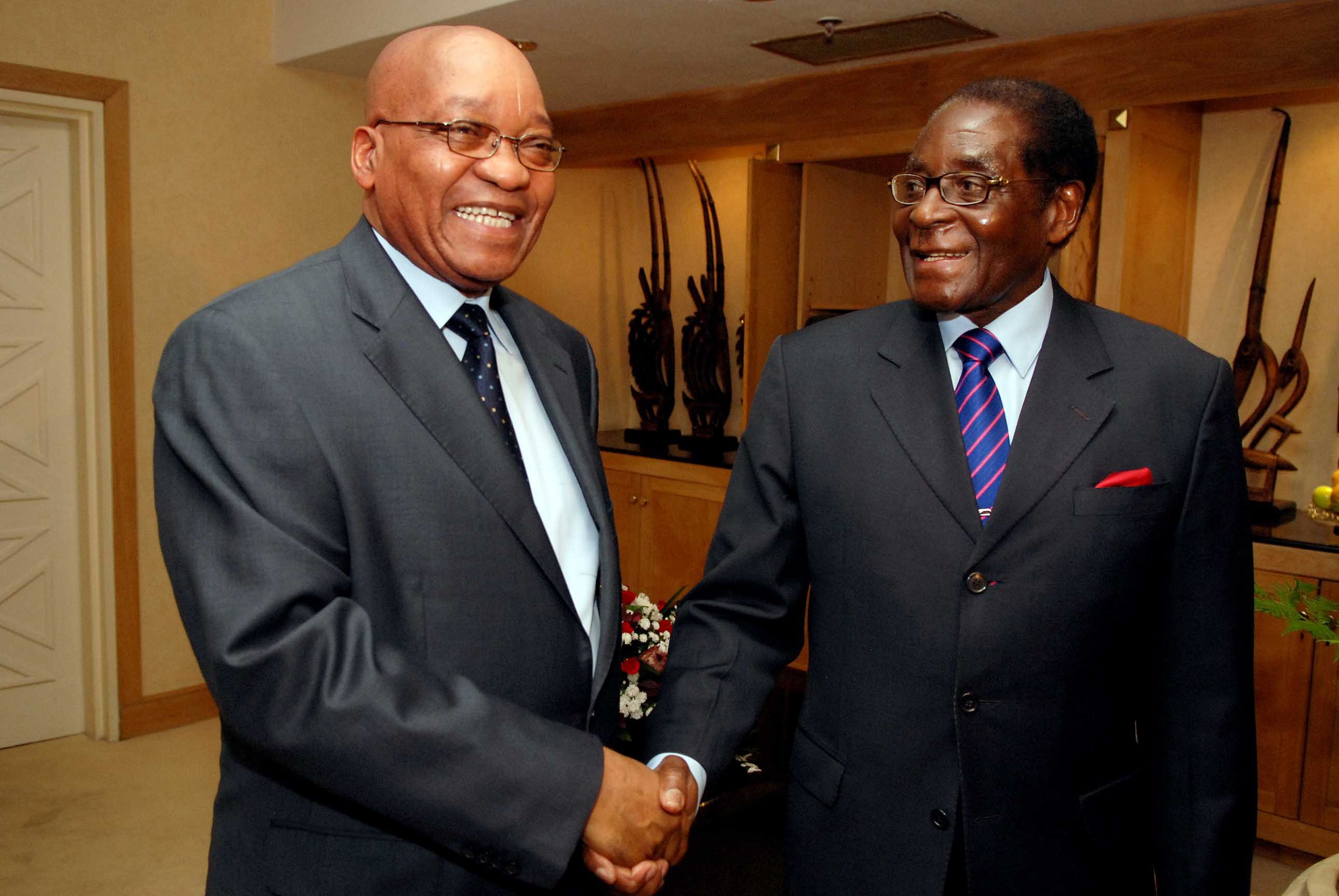 PRETORIA - As the political situation in Zimbabwe remains tense, President Jacob Zuma announced he will send the Minister of Defence and Military Veterans, Nosiviwe Mapisa-Nqakula and the Minister of State Security, Bongani Bongo to Zimbabwe to meet with President Robert Mugabe and the Zimbabwean Defence Force.

South Africa&39;s neighbour was on a knife&39;s edge on Wednesday after the army took over the state broadcaster. The army insisted that Mugabe was safe and was not a target of its actions.

The defence force demanded an end to the purges in the ruling party, Zanu-PF. It came after vice president Emmerson Mnangagwa was fired by Mugabe last week.

In a statement issued on behalf of regional bloc SADC, Zuma said he would also be sending Special Envoys to Zimbabwe and Angola.

"President Zuma has reiterated his call for calm and restraint and for the ZDF to ensure that peace and stability are not undermined in Zimbabwe.

"SADC will continue to monitor the situation closely," Zuma said.

Earlier, Zuma said he is greatly concerned by the political situation in Zimbabwe.

Zuma called for "calm and restraint" and "expressed hope that developments in Zimbabwe would not lead to unconstitutional changes of government as that would be contrary to both SADC and African Union positions."

President Zuma urged Zimbabwe&39;s government and defence force to "resolve the political impasse amicably" and asked the military "to ensure that the maintenance of peace and security in the country is not compromised."

Meanwhile, the Department of International Relations and Co-operation (DIRCO) said South Africa will not accept any coup attempts in Zimbabwe.

Here is the response from South Africa&39;s Department of International Relations and Cooperation to the situation in Zimbabwe. DStv403 pic.twitter.com/BzNjYQ1Fzb

"The principles of the AU and that of the SADC region which we subscribe to as SA is we don&39;t accept or recognise any unconstitutional change of government... We would have to convene anything of the region to discuss any development if it was to go that route," said DIRCO spokesperson, Clayson Monyela.

"The official statement we have says it&39;s not a military takeover. It&39;s a situation we are continuing to monitor very closely and I&39;ve said we calling for restraint and calm and our preference would be dialogue to resolve any challenge politically."