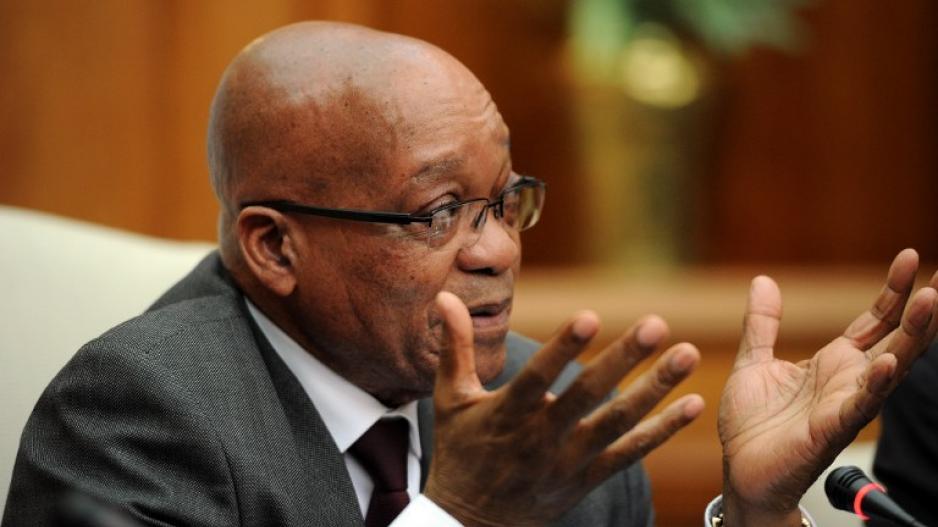 CAPE TOWN - President Jacob Zuma on Wednesday denied claims by SA National Defence Force officials that he was involved in the "Guptagate" scandal.

"No, I have no prior knowledge, involvement or communication relating to the landing of a private plane at AFB [Air Force Base] Waterkloof," he said while answering questions in the National Assembly.

"The president is neither directly or indirectly involved in the authorisation of civilian aircraft landing at airports such as AFB Waterkloof."

"Mr Speaker, a senior official in the SANDF stated under oath that a call was received from Mr Bruce Koloane informing her the president wanted to know and I quote &39;if everything is still on track for the flight&39;," Mazibuko said.

"If the answer is that he did not know about the landing, can the president explain to this House how it could possibly be the case in light of the fact that the landing at Waterkloof Air Force Base included three fixed-wing aircraft, seven helicopters, 88 vehicles and 490 personnel, 194 of whom were employees of the state?" she asked.

Zuma said it was not his duty to know who landed at the country&39;s airports.

"There are so many that land... why should the president know about these numbers? I have given the answer. I had no knowledge. I know nothing about it," Zuma said.

"I can&39;t answer on behalf of an official in some military tribunal, that&39;s not my business," he said.

Two SANDF officials have testified at a military tribunal that Koloane, former chief of state protocol, had indicated to them that Zuma was behind the irregular landing of the plane.

The chartered commercial aircraft, Jet Airways flight JAI 9900 from India, ferrying more than 200 guests for the wedding of Vega Gupta, 23, and Indian-born Aakash Jahajgarhia, landed at the base in April.

The passengers were then transported, either by light aircraft, helicopter, or in police-escorted vehicles, to attend the lavish ceremony at Sun City&39;s Palace of the Lost City in North West.

The landing sparked widespread criticism and several investigations were launched.

A government investigation exonerated Zuma and his ministers, and found that the landing was the result of collusion and name dropping by officials.

"When the Guptas say jump, the Zumas say how high," Maynier said.

Zuma responded: "I&39;ve answered the question. Maybe he [Maynier] jumps higher than others."