WATCH: Malema asks again - When will you pay back the money? 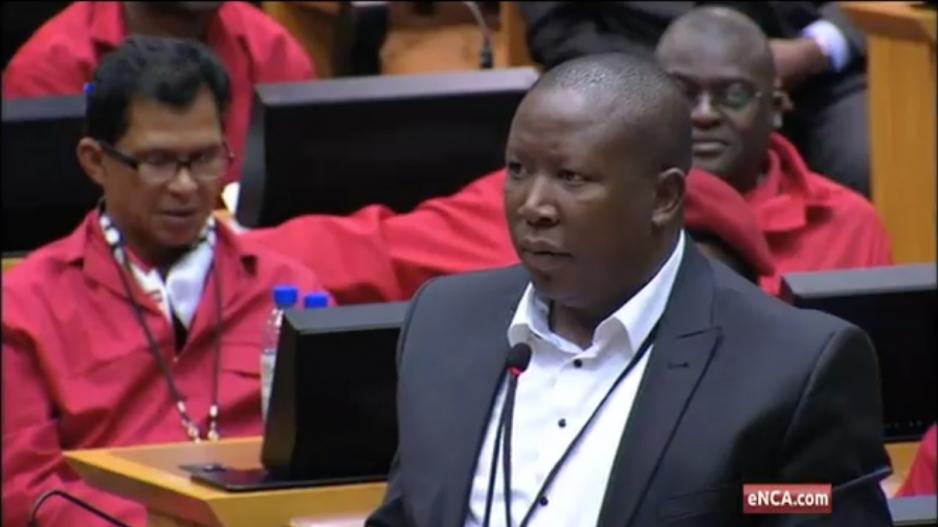 PARLIAMENT – President Jacob Zuma avoided answering the Economic Freedom Fighter’s question about when he is gong to pay back the money for Nkandla.

Zuma said, “I believe the question is premature as matters have not yet been concluded by this very house.”

The President  mentioned the work of the ad hoc committee responding to the Minister of Police Nathi Nhelo’s report into the security upgrades at his homestead in KwaZulu-Natal.

“I will respond further to the debate around this matter once all processes have been concluded,” said Zuma.

Malema retorted: “The president is not answering my question because I am not talking about those other things.

“The matter has been a big problem for all of us, so don’t tell me about the video games of Nhleko,” he added

Speaker Baleka Mbete responded that Zuma had answered the question, albeit it not to Malema’s liking.

At that EFF chief whip Floyd Shivambu and his party members rose and began shouiting at Zuma to respond to the question properly.

United Democratic Movement leader Bantu Holomisa rose and asked them to stop but he was drowned out.

“I can tell that the honourable members of the EFF are now intent on disrupting,” Mbete began but was shouted down by EFF MP Primrose Sonti, who pointed her finger at the Speaker and concluded a long interjection by chanting “wrong, wrong , wrong”.

Finally, Holomisa silenced the EFF benches to ask Zuma why he did not seek a judicial review of Public Protector Thuli Madonsela’s adverse findings against him on spending on his rural home.

Zuma responded that it was mistaken to think Madonsela’s reports had the power of court rulings.

“One of the mistakes I believe some members are making is that she has made a judgment, it is not a judgment but a recommendation,” Zuma said.

Freedom Front Plus MP Corn Mulder said the question on Nkandla should not have been included on the order paper if the process of Nkandla was incomplete.

ZumaQandA @eNCA Mulder says the question should not have been on the order paper if the issue has not been concluded.